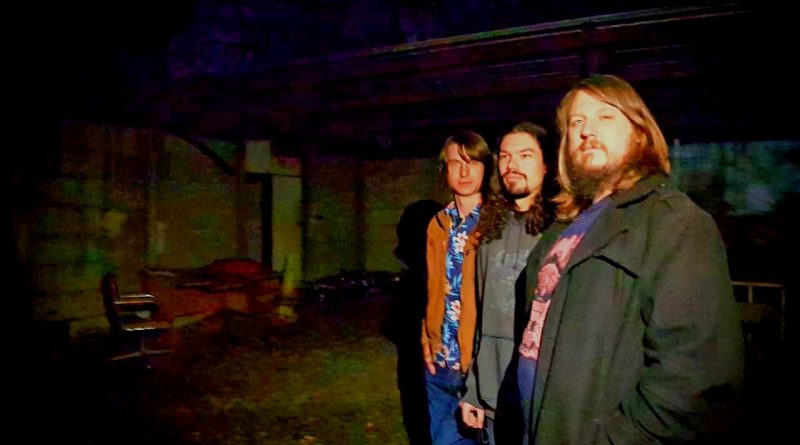 Johannesburg’s purveyors of sludgy-stoner-doom Mad God are set to release their second album “Grotesque and Inexorable” on the 2nd November. As a little taste for things to come they’ve unveiled a lyric video for the track “I Created God” taken from the album. You can see the lyric video below:

“This song was written after watching a Charles Manson documentary following his death in 2017. This song does not condone the actions of the cult leader but rather delves into the psyche and motives of both him and his followers around the time of the murders that took place in 1969. “Tim Harbour Mad God is a 3-piece doom metal band from Johannesburg, South Africa and take influences from bands such as Electric Wizard, Ufommamut, Candlemass, Warning, Church of Misery, OM, Sleep, Sons of Otis, The Sword and Black Sabbath. Musically Mad God combine traditional, epic, sludge and stoner doom and play a mix of crushingly slow riffs and psychedelic soundscapes layered with reverb drenched vocals and lyrics touching on horror, madness, drug abuse, interdimensional beings. Mad God’s lyrics are heavily inspired by the works of H.P Lovecraft, among other sci-fi, horror and fantasy authors. Their music goes beyond the traditional metal tropes of blast beats and guttural vocals and experiments with slow and atmospheric textures that allows the bands essence to extend between worlds. Mad God’s show is more than just a live performance but an aural and physical experience that they share with our audience.