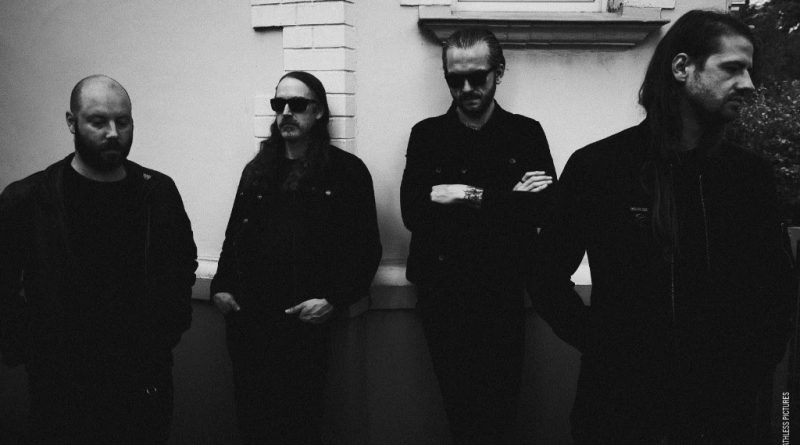 A second track of ULTHA’s upcoming album ‘The Inextricable Wandering’ has been released. Delve into the depths of sorrow with “Cyanide Lips”

‘The Inextricable Wandering’ will be released as ltd. Digipak CD, gatefold 2LP and digitally on October 5th, 2018.

After releasing their latest album, ‘The Cicada Tree‘, last year to critical acclaim, BYZANTINE is now launching a new video for the record’s title track! Directed by Holly Mollohan / Screaming Butterfly Entertainment, the clip for “The Cicada Tree” can be viewed below:

Vocalist/Guitarist Chris “OJ” Ojeda comments: “Over the course of our last few albums, we have really been trying to stretch our songwriting abilities and push past any limitations set upon ourselves. The title track, ‘The Cicada Tree’, is a great representation of our band at this point in our discography. We try to always write from the heart and with purpose. This song has one of the deeper meanings on our last album, symbolizing our 17 years as a band and our slow but steady evolution as an underground artist.”

To state that ‘The Cicada Tree‘ is “classic Byzantine” in no way implies that this is an album solely rooted in the band’s past. Certainly, all of the hallmarks that have made their sound so compelling for close to two decades are present and correct: muscular yet lithe riffs and fluid leads play against gripping, dynamic and at times unpredictable rhythms, while rich melodies and lyrics that are both involved and intelligent wind their way through every track. But, once more, the groove metal unit has continued their steady evolution – the interplay between their members organic and natural, imbuing the record’s sixty-two-minute running time with a freshness and urgency. Founding member Chris “OJ” Ojeda states, “The first few albums, you’re trying to find your sound, and sometimes you tend to not see the forest for the trees. Now, on album number six, it seems a calmness took hold during the songwriting process, possibly from just having more confidence in our sound. At this point, our fans expect us to experiment and push our boundaries, which is an extremely liberating feeling.”

To preview and purchase ‘The Cicada Tree‘, please visit: metalblade.com/byzantine

Dark Alternative Rock band BEHIND YOUR FEAR (aka ByF) has revealed the first song and video “Wintersun” from their upcoming debut album, entitled “Ophelia”. The album was mixed and mastered by Mr Marcel Sude. Watch “Wintersun” here:

BEHIND YOUR FEAR comments on the video “Wintersun”:

“A life without music? Unimaginable! The idea behind founding BEHIND YOUR FEAR (aka ByF) was, to provide a new possibility for the unmistakable voice of Stefanie (ex-Flowing Tears), to create the perfect setting for the unique musical style; as well as the impossibility to live without music. The first riffs were written quickly, nevertheless we took the necessary time to find the right musicians; Scorpios (Crimson Moon, ex-Melechesh) and Michael (e.g. studio drummer on two Dornenreich records) that would help develop our own, unique sound; to write songs and merge all of the necessary ingredients into a perfect symbiosis. Each song is purely dictated by the inner feeling, and because of this aspect; the songs range from fragile and intimate piano parts to complete walls of sound, enveloping every sense. A pure essence of the heart. All of these led into one musical entity – BEHIND YOUR FEAR. Special thanks to www.mogroach.de for the permission, to use these fantastic pictures.”