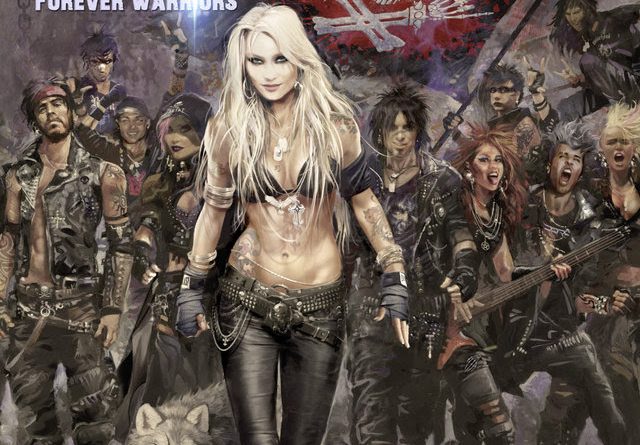 On August 17th, the new 2-CD studio album, »Forever Warriors, Forever United«, with 25 (!) brand-new DORO tracks will be released via Nuclear Blast! “There are some big anthems on the album, countless heavy songs, as well as heart-warming melodies! The album is supposed to give you power and thus contains a lot of energy!”, unveils the metal queen. A first proof for this is the single ‘All For Metal’ which is available now! The track features several metal heroes, who can also be seen in the new official music video.

Doro comments: “I think the song ‘All For Metal’ is an anthem like ‘All We Are’ with some great guests singing, who are all friends of mine. It’s an awesome live song and I hope you enjoy it because it’s one of my favourite songs!”

Also, the pre-order of »Forever Warriors, Forever United« has started today! The album will be available in the following formats:

Get your copy here: http://nblast.de/DoroForeverWarriors

Or pre-save the album on Spotify: http://nblast.de/DoroForeverWarriorsPre

NYHC kings MADBALL will unleash their upcoming new album »For The Cause«, on June 15th, 2018 via Nuclear Blast. Today, the band releases the brand new single, ‘Rev Up’, including the official music video for the song:

»For The Cause« is now available for pre-order in various formats:
http://nblast.de/MadballForTheCause
Pre-order the album digitally to receive ‘Old Fashioned’ instantly!

NATIONAL NAPALM SYNDICATE has released a video for the song “Welcome To Tomorrow”. That song is on the new album “Times Is The Fire”, which was released May 18th, 2018 via IRON SHIELD RECORDS.