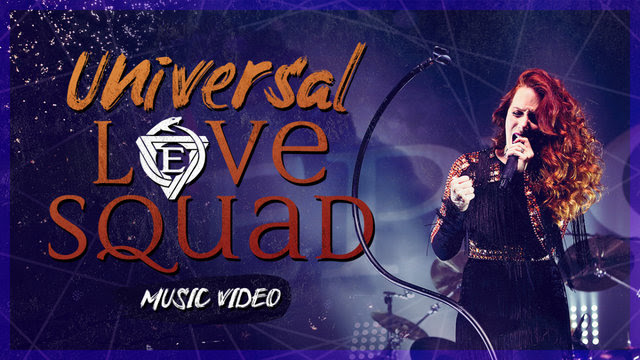 Dutch symphonic metal giants EPICA have launched a brand new music video for the track ‘Universal Love Squad’. The video was filmed at their recent sold out 1000th Show Anniversary at 013 in Tilburg, Netherlands in front of 3000 ecstatic fans! ‘Universal Love Squad’ shows a different and more intimate side to the band, as it is the acoustic version of another EPICA track entitled ‘Universal Death Squad’, released earlier in 2016 on the album »The Holographic Principle«.  In occasion of their 1000th show anniversary, EPICA performed this track for the very first time live, which resulted in this astonishing music video! Watch the new video now below:

EPICA’s Mark Jansen (band founder & guitarist) comments:
“At the 1000th show we performed for the first time ever the acoustic version of ‘Universal Death Squad’ which became ‘Universal Love Squad’.
As many fans kept asking us to play something acoustic live, we couldn’t resist any longer. We want to thank our fans from all over the world for all these fantastic shows and hopefully there will be a 1000 more to come! :)”

After two years of literally non-stop touring worldwide, this summer EPICA will perform their last batch of festivals of their current touring cycle! With performances on the legendary Hell & Heaven Festival in Mexico City, Wacken Open Air in Germany or at Slovenia’s magical Metaldays, among other festivals, EPICA will give all metal fans one last party before their well-deserved touring break!

Portuguese thrash metallers RASGO have published a video for the track “Homens Ao Mar”, which was recorded on March 7th with the “Circulo de Musica de Camara” Orchestra, directed by Pedro Teixeira Silva.

“Homens Ao Mar” (translates into “men overboard”), showcases a band that is not afraid of exploring and creating a solid musical output, while showing their ability to musically adapt to different environments. This track is, without any doubt, an intriguing listen but a very quality-oriented one that combines two very distinct universes, and that will work with all the open minded thrashers out there, as well as the symphonic metal fans.

“We had the dream of giving this track a really epic dimension and that’s the reason why we’ve decided to record it with an orchestra. We’re very pleased with the final result and we feel this work is a giant step in our journey! In fact, we like to take risks, break barriers and do new things that, as far as I’m concerned, were never done by other portuguese thrash metal band… Debuting at the Coliseum with Slayer was already something unique and recording with the orchestra was another great achievement.”

Watch the video for “Homens Ao Mar” with the “Circulo de Musica de Camara” Orchestra below:

British Sludge/Doom quartet NOMAD have released a new video for “Feral” which is the title track of their upcoming album on APF Records.

The band commented “I wrote the lyrics to Feral as a way to champion primitive existence and to represent the suffocating experience of living amongst almost infinite information whilst being unable to verify any of it.”