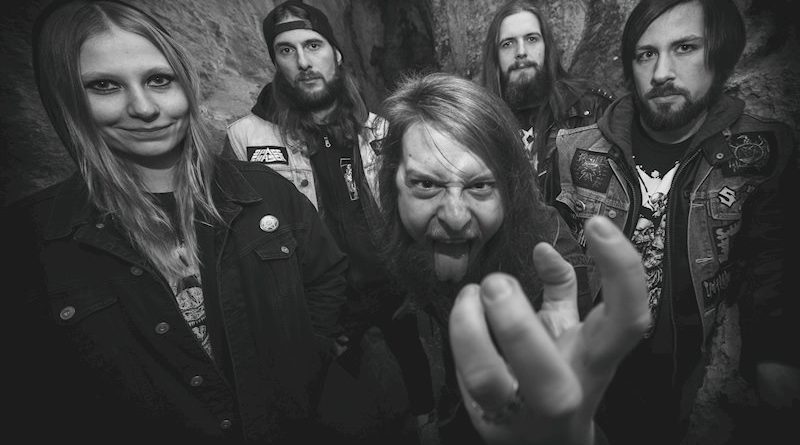 Today is the day when teutonic thrashers Antipeewee premiere their first track from their third album – the title track “Infected By Evil” that features Lenny B. the frontman for Dust Bolt. Below you can hear it in a World Of Metal exclusive :

At least since their last album “Madness Unleashed” ANTIPEEWEE are regarded as insider tip of the new German Thrash Metal scene. Now they are waiting with their new, sombre-dark, maybe adult album and abduct into even more abysmal spheres of their leitmotif – the unholy cycle around the US-American father of science fiction and horror literature, Howard Phillips Lovecraft.

The five Bayerns in their two previous albums had plenty of fun persiffling their mascot Cthulhu, they now merge in their new album “Infected By Evil”, the delusional ideas of the master writer Lovecraft with their music, which at their original in-your-face tttitude by no means has lost anything, but shakes with thundering-aggressive rhythms, hymnic-evocative chorales and crazy-fast guitar riffing at entirely new doors. The subject matter of the texts spans from otherworldly deities to supposed terrestrial horror figures to an omnipresent malignancy – without losing ground under the feet or forgetting the real horrors of our modern times. So “Infected By Evil” is not only an even merciless, sinister and demonic piece ANTIPEEWEE, but also a milestone for the band, which has finally found its way into the unfathomable halls of great beings and feels wonderfully well there.