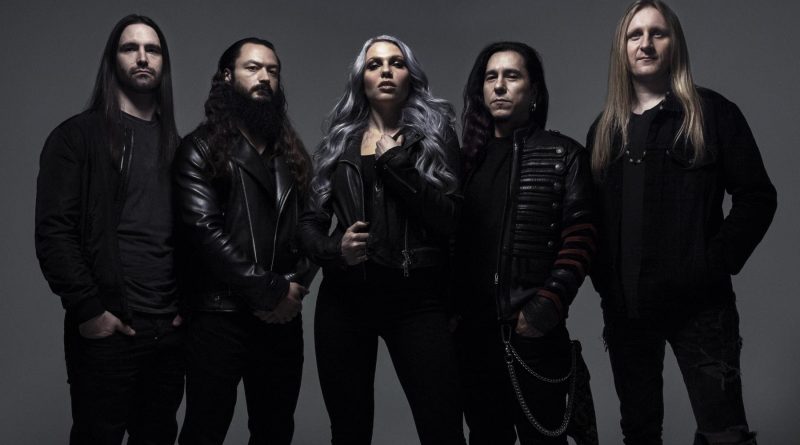 Calgary-based hard rock quintet KOBRA AND THE LOTUS have returned with their new studio album ‘Evolution‘, which will get a September 20th release on Napalm Records.The upcoming LP sees the band imbued with a new fire that comes through by way of undeniable hooks, soaring guitar riffs, marching drum beats, and the soulful, bombastic vocal delivery of lead singer Kobra Paige. No longer bound by old formulas and expectations from the past, ‘Evolution‘ comes through with a sound that is expansive and, at times, borders on outright swagger. Each song feels like an Active Rock hit in the making, while still having the grit and feverish intensity that longtime fans have come to admire from KOBRA AND THE LOTUS.

Fans can now enjoy the first offering from ‘Evolution‘. The band has dropped their music video for the new single “Burn!”, which can be seen here:

THE 69 EYES – unveil clip for ‘Cheyenna’

The goth scene has already marked this day in their calendar with a big, black cross because today Finland’s dark rockers THE 69 EYES start the pre-order for their 12th studio album»West End«, due to be released on September 13th via Nuclear Blast. Get your copy of the digipak (including the album + bluray with a special band documentary directed by Ville Lipiäinen) or digital download via this link (pre-order for the vinyl LP will be available soon):
http://nblast.de/The69EyesWestEnd

In addition, the Helsinki Vampires have unveiled their second single, ‘Cheyenna‘. Jyrki 69reveals the following about his lyrics:
“When I heard the demo of the song, I had the chorus for ‘Cheyenna’ immediately in my mind. It was like a wind whispering or a canyon echoing her name from the past. Who was she? A Native American princess? As I googled the name, it turned out that a lot of American girls under that name have gone missing. A female ghost rider story was born! Cheyenna is freedom’s child – forever.”

So hop on your bikes, let the engines roar and watch the official clip of ‘Cheyenna‘ here:

THY ART IS MURDER – release music video for ‘New Gods’

THY ART IS MURDER‘s earth-scorching fifth record, »Human Target«, is unleashed unto the world via Nuclear Blast (ROW) and Human Warfare (AU/NZ). The band offers fans the music video for the fourth single, ‘New Gods’. Directed by Elder and produced by HAUS PARTY / Elder & Todd Farley, the meta conscious video providing commentary on the ‘New Gods’ can be viewed here:

Guitarist Andy Marsh comments, “‘New Gods’ is interwoven in theme with the song ‘Chemical Christ’, discussing the idea of mental health and modern inventions’ intervention with a natural state of consciousness. The idea that social media is one of the major driving forces of increasing levels of depression in the western world was fascinating to us, and we thought what better way to use the platform ironically to discuss these ideas than by using an aspect ratio designed specifically for it. We hope you watch the clip and then put your phone down, life is better through the eye of the beholder than the lens of an algorithm.”

»Human Target« was produced, engineered, mixed and mastered by Will Putney at Graphic Nature Audio in Belleville, NJ. The artwork was once again painted by Eliran Kantor (HATEBREED, TESTAMENT, ICED EARTH, SODOM).