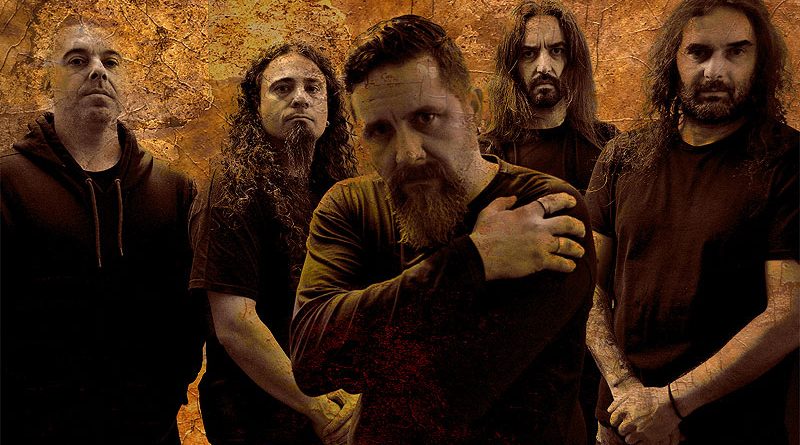 Spanish melodic Death Metal band IN THOUSAND LAKES have just revealed the cover art, tracklist and 1st advance single of what will be their new 7-song EP that will be entitled “Evolution” which will be released through Xtreem Music next September 25th.

Emerged in 1996, IN THOUSAND LAKES are perhaps the leading band within the national melodic Death Metal scene. Releasing their 1st demo in ’96 and their 1st album in ’98, the band stopped their activity until 2014 when they released a comeback EP and in 2017, their 2nd album “Age of Decay” came out through Xtreem Music which is also releasing this new EP “Evolution”.

“Evolution” contains 6 new tracks and a cover version of the classic “Breaking the Chains” by DOKKEN in which they have the collaboration with a guitar solo by Pedro J. Monge (VHÄLDEMAR) and vocalist Leire Tejada. This new work has been registered at Chromaticity Studios (VHÄLDEMAR, VALKYRIA, RISE TO FALL…) and in it we find quite varied compositions where the band influences range from european melodic Death Metal, through Heavy, to Thrash Metal, Progressive…

Tracklist for “Evolution” is as follows:

Release date for “Evolution” will be September 25th through Xtreem Music on CD format. You can visit IN THOUSAND LAKES’ official Facebook here: www.facebook.com/inthousandlakesband and listen to the 1st advance single below:

Adrestia’s Album “The Wrath Of Euphrates” And New Lyric Video Are Already Out!

Adrestia’s album “The Wrath Of Euphrates” is out on all major digital stores via Wormholedeath/The Orchard!

Band’s statement:
“Our new album The Wrath Of Euphrates is named after the military operation launched by the Syrian Democratic Forces against the ISIS, with the goal of capturing the Islamic State’s capital city Raqqa, a goal that was accomplished in October 2017. This lyrical content on this album could be seen as a time document, since most of the lyrics deal with events that took place in the world during the process of writing these songs. As much as this album should be seen as a canalization of our anger and fear over the populist politicians, climate change deniers, the oppression, the wars, the racism and misogyny that plagues our time, this album is also a tribute to the resistance. A tribute to the freedom fighters of Rojava, who defeated the world’s worst terrorist group and built real democracy in a place where democracy never existed.A tribute to all the people worldwide fighting against climate change, racism and misogyny.A tribute to the international punk community and to all other people who dedicate their lives to making this world a better place. The Wrath Of Euphrates was recorded by Ulf Blomberg in Hoborec studio, while the mixing and mastering was done by Henrik Udd. On this album we had the pleasure of working with some of our favorite punk/HC vocalists. We recorded 2 songs together with Tomas Jonsson of Anti Cimex/Wolfpack, who manage to deliver killer vocals despite the fact that he hadn’t been in a studio for 20 years. The album also featurescollaborations with Brad Boatright of From Ashes Rise, and with Nastya Palamar of Exist M. We hope you’re gonna enjoy it.”