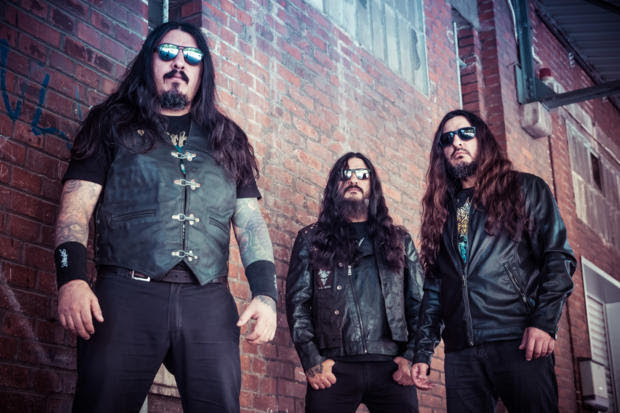 Now, the second single from this opus has been launched with a violent video created by Cléver Cardoso of http://www.granadafilmes.com.br/.

KRISIUN say about the clip: “We would like to invite you all to check out our new video for “Devouring Faith”, taken from our upcoming album “Scourge Of The Enthroned”! The video came out as brutal as the song itself! The whole atmosphere is very dark and intense, pretty much based on old horror movies. Expect a relentless mix of carnage and terror, perfectly fitting the vicious thrashing vibe of “Devouring Faith”! If you are into horror and death metal, don’t miss it!”

Monster Truck return with their brand new album ‘True Rockers’, which will be released on Mascot Records/Mascot Label Group on 14th September 2018. They return with their new video for the music “Evolution” that you can watch below:

After the “We Are the End” music video and “As Their Bodies Fall” lyrics videos launched earlier this year, SKINNED are digging deeper into the darkest aspects of new album “Shadow Syndicate” dealing with conspiracy theories with the release of this brand new music video dealing with chemtrails and how they transformed Earth into a graveyard as discovers the main character when surfacing from the underground cave he was hiding in for the first time in years.

Shot on the dark volcanic shores of Iceland when SKINNED where playing Reykjavic Metalfest late May by OBSCENERY Films (HATEBREED, CATTLE DECAPITATION, PSYCROPTIC…), the video benefits from the unique, quite otherworldly black lava landscapes of Iceland to set a cinematic and dramatic feeling of anguish, devastation and oppression that fits the band’s modern and dark approach of Exteme Metal so well!