LEGION OF THE DAMNED: New video and single

If there is a band that’ll break your neck from the sheer force of their music, it must be LEGION OF THE DAMNED! Now the Dutch thrash/death/black outfit releases their second single off their upcoming album Slaves of the Shadow Realm – watch the video for the crushing “Slaves of the Southern Cross” right below:

“Next to “Dark Coronation”, “Palace of Sin” and “Warhounds of Hades”, this is one of my favorite tracks on the album: “Slaves of the Southern Cross”, its heavy as hell and sometimes reminds me of Infernal Majesty, it has a great atmosphere and I cannot wait for the fans to sheer with me “Slaves of the Southern Cross”. For the video we rented the big hall of the Turbinenhalle in Oberhausen and kept it relative ‘simple’, spend the entire day in fire blasters and filmed the band that captures the essence of LEGION OF THE DAMNED: Aggressive and heavy!”

On January 4th 2019 the quartet will release their new album Slaves of the Shadow Realm via Napalm Records. This monster resembles a colossal, smooth and blackened monolith. Five years after the much-praised Ravenous Plague, the shredding legion returns with producer Andy Classen and presents an album that merges the unadulterated fury of the early LOTD years with the sophistication of a veteran band. 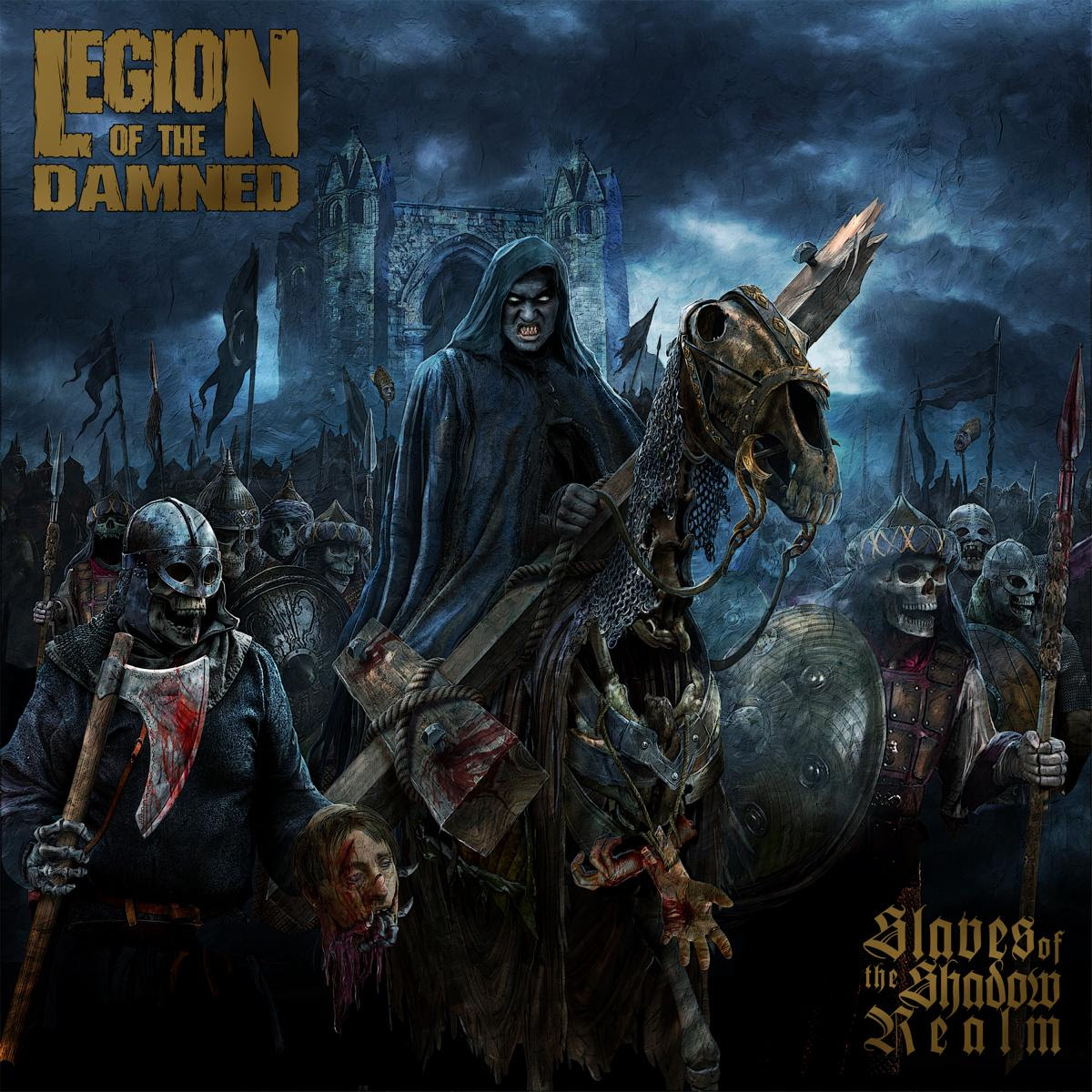 The album artwork is created by artist Blake Armstrong and depicts a unique interpretation of the band’s mascot, The Jesterhead. The story of the cover will be revealed via the full album artwork on March 1st, which coincides with each song on the album.

“This album is really a special one to us. Since our last record, “Battles”, we’ve established our own annual festival in Sweden and have been touring non-stop worldwide, creating an even stronger bond with our fans. You could say it was a big part of our inspiration for this album. It’s been such a long journey that just keeps going and growing; We feel extremely thankful for that, and for the support that makes it possible. We dedicate our 13th album, “I, The Mask” to our fans who allow us to keep making music and playing it every night. IN JESTERHEADS WE TRUST.”

– Anders Fridén from IN FLAMES

IN FLAMES are also proud to debut two killer tracks from »I, The Mask« – the superlative anthems ‘I Am Above’ and ‘(This Is Our) House.’  A poignant video for ‘I Am Above’has also been revealed, which features famous Swedish actor Martin Wallström (Mr. Robot). The video takes place in a pitch black room with Martin who eerily lip syncs the metal ballad with expressive facial gestures that capture the song’s emotion. Meanwhile, the lyric video for track ‘(This Is Our) House’ features unseen footage from the band’s first annual Swedish festival, BORGHOLM BRINNER (Borgholm Is Burning).

Watch/share the official music video for ‘I Am Above’ below:

On March 29th, WHITECHAPEL will release their 7th full-length, ‘The Valley‘, via Metal Blade Records. Mixed by David Castillo, mastered by Ted Jensen, and produced once again by Mark Lewis (Cannibal Corpse, The Black Dahlia Murder), ‘The Valley‘ is a reference to the part of Hardin Valley (west of Knoxville, Tennessee) where vocalist Phil Bozeman grew up. Set against this backdrop, he approaches his subject matter unflinchingly, building upon everything that came before, making it clear that he has survived that which he was forced to endure and is not afraid to confront it. “Phil has been upfront in his lyrics in the past about hardships he endured in his life as a child, and I believe with this record we tried to paint a better picture of that,” says guitarist Alex Wade, who alongside his bandmates, stands 100% behind everything their vocalist has to say. “I feel our music is Phil’s release from his past, being able to get it out and speak about it, and hopefully anyone who hears it that may have gone through similar experiences can find some release in it as well.”

For a preview of ‘The Valley‘, the new single ‘Black Bear’ can be heard now below: