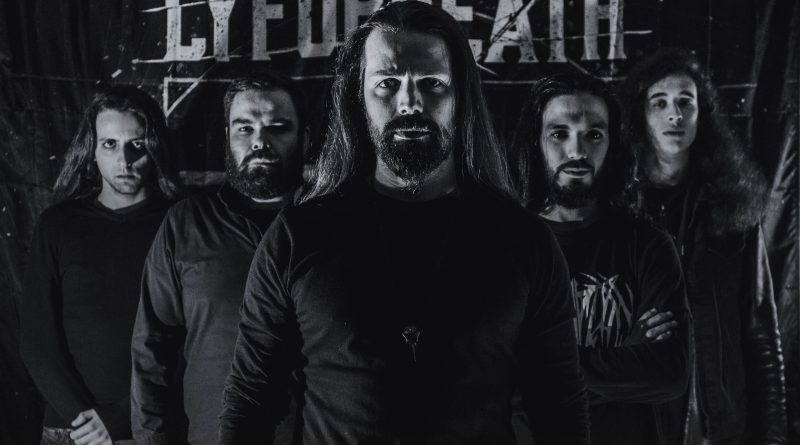 Lyfordeath releases a new video “Dawn For The Souls”

Portuguese extreme prog metallers Lyfordeath premiered a new video, this time for the song “Dawn For The Soul”, from their debut album “Nulliuns In Verba”. Below you can see the video:

The band comments – ““Dawn of Souls” transports us into the dark ages of the universe where the first stars were formed, giant and unstable. From them, the seeds were born for our existence. More direct music, which leads us to the core of the human soul, where the unstable balance between light and darkness is put to the test.”

In three weeks, on May 10th, 2019, Italian groove thrash metallers EXTREMA will release their seventh studio album “Headbanging Forever” via Rockshots Records! Today the band has unleashed another track off their new record. Check out the breakneck-paced track ‘Pitch Black Eyes’ below:

EXTREMA’s frontman Tiziano Spigno states: “The lyrics are inspired by Lovercraft’s prose poem ‘Nyarlathotep’. The poem itself is a bleak view of human civilization in decline: Nyarlathotep is a tall and swarthy man, whom wanders the Earth, demonstrating his magical powers. In every city he gets, he brings terror and destruction, announcing the world’s collapse”.

ENTERFIRE – single “A thousand voices” from album “Slave of time”

Enterfire is a London based band formed by Niki B, a Greek/British guitarist and vocalist born in 1996. The band has influences from the modern thrash metal world but also aims to mix in progressive and melodic sounds. From the very beginning the band has been conquering the crowds leaving them with only one thing in their minds – ENTERFIRE!
Recenlty they released their first full-length album titled “Slave of time” with 9 songs. Their latest video is “A Thousand Voices” and you can hear it below: