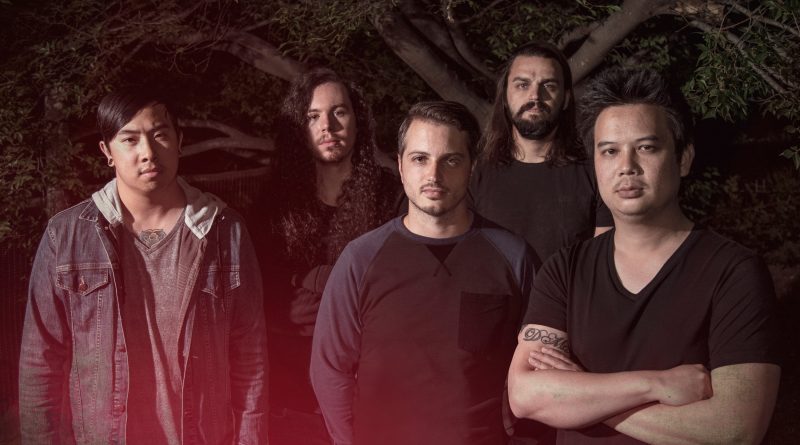 Today sees the release of “Georgia”, the new single and video from Johannesburg’s post-hardcore heroes OneDaySky that World Of Metal brings you in exclusive. Written during a short hiatus, the song has a special place in their journey. As a band, it matured their writing process and let them venture into an area they have barely scratched the surface of. The track carries the message that your past doesn’t dictate your future. Sometimes you feel trapped in your own skin, helpless, alone and scared but know this; you are the master of your own universe. Belief starts with a glimmer of hope that you thought you never had. You can watch the vide below:

Vocalist Clinton Watts comments, “Georgia is a song about Innocence lost in an unwilling and ignorant way. This is the literal meaning of the song to me, but it has a broader platonic meaning; to which almost anyone can relate. Speaking up and moving on is the bigger message that we, as a band, want people to take from this song. Being afraid to speak up about injustices is just half the battle many face throughout their lives.”

He adds, “This song wrote itself, and was and always will be a release for me personally. The title Georgia is a name derived from 2 personal coinciding events in my life which I choose to keep
between me and close friends, as I want the song to be relatable to anyone that’s had a tragic past. Coming to terms about one’s past is tough but seriously uplifting once shared with those closest to you. This song is encouragement for those who need the push and the ears to listen. If this song’s message helps only 1 person, then I know speaking up truly has merit. You should speak up and know you’ll be stronger for doing so. Don’t be afraid to share what haunts you. You will grow from this!”

Guitarist JP Sings explains, “Georgia has a very special place in all of our hearts. So, creating visuals that could carry the emotional weight of the song proved to be a back and forth amongst band members!” At the end of the day, they came together and got a look and feel for the video that would hit home with any one; No matter who watches it! The performances needed to represent each member of the band on their own with matching photographs of them as children. They incorporated a “dark” entity to each photo, hiding in the back, following them throughout life. The entity is a representation of our troubles in the past; each of us having our own personal “demons” that followed us throughout life up until now! It was imperative to show this, as every person in this world experiences heartache or pain.”

JP adds, “The resolution to the unsettling visuals is letting people know that it’s okay to be hurting through life, it’s how you come out of it that truly matters! What changes your life and guides your direction are the friends and family you have; and speaking out to people whom love you and care. We really hope people resonate with the song and the video because life is tough and it hard to go through alone. Sharing your story could save your life!”

2008 was the dawning of the first steps for South African band, OneDaySky. Created as a solo project of mass electro, stunning guitar riffs, hard hitting drumming and bass notes that resonate through the soul, Clint Watts released the first EP “Dancing in Cursive”. The EP was a great success & got acclaim from all unnamed-4parts of the world. Fast forward to 2010; through universal attraction and some divine intervention, four musicians joined forces with Clint Watts. These four musicians are: JP Sing; Darren Yen; Eric Barnfather; Alistair Ian Nel. Throughout the year of 2010 to early 2011, the newly formed OneDaySky designed an EP following the ever successful “Dancing in Cursive”. The follow up self-titled EP “OneDaySky” was released on the 21st April 2011.

Shortly after, in September 2014, OneDaySky decided to take a break and re-invent themselves; in their image; their sound and rebrand the band to position ourselves in a new light. The band have spent the last 4 years writing new material and preparing a new direction to launch.

August 2016 brought the band to realise a new dream by launching themselves at one of the most prestigious and most well-known of South African music festivals, Oppikoppi… And what better than to play at a festival with a new set.

Since then, OneDaySky have supported some of the top post-hardcore and metalcore bands from USA and continue to grow across South Africa and building a fan base online in other parts of the world. Our original drummer, Alistair Nel immigrated to the UK and Matt Sletcher stepped up to the plate to join our band.

OneDaySky aim to mesmerize, to inspire, to push music to its boundaries while still keeping it simple, tasteful, melodic and powerful.