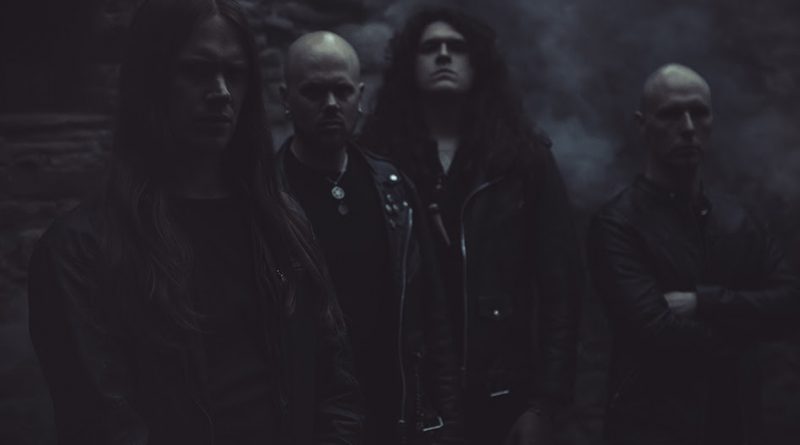 THE SPIRIT – release music video for ‘Illuminate the Night Sky’

Although THE SPIRIT’s black/death fog has barely left the stages of the extensive ‘Death… Is Just The Beginning’ European tour that the band recently concluded with HYPOCRISYand KATAKLYSM, a new chapter is already being scripted. While the quartet from Saarbrücken is currently working on new songs for their sophomore full-length release, the band is now set to unleash a new official video from their debut album »Sounds From The Vortex«, released in August 2018.

THE SPIRIT‘s new music video for ‘Illuminate the Night Sky’ depicts the live energy of several different shows from the latest tour and can be watched here:

The critically acclaimed »Sounds From The Vortex« was re-released through Nuclear Blast on August 10th and is available as CD, vinyl or in digital form via this link:http://nuclearblast.com/thespirit-sftv

Born in 2009 in Arenzano, Genova, after their previous and critically acclaimed full-lengths and a 2013- ‘Blindness Of The Sun’ EP, Italian heavy sludge rockers VAREGO return with their forthcoming album titled ‘I Prophetic’ in February 2019!

On their third album, the band will deliver eight new songs of unrelentless energy and fury, unceasing guitar riffing, yet built on progressive structures with a sort of cinematic touch and take us on their voivodian, atmospheric trip and a sound journey through space, dimensions, minds and avant-garde chaos. Now, the band is not only sharing a first glimpse while they have just unveiled the artwork, tracklist and release date with us.

Says the band: “We’re so much excited to reveal the first details of our forthcoming album. This one represents for us a huge goal of our history, celebrating our first decade. This first single is the sum-up of our actual influences, that generate our particular sound made of heavy sonorities, progressive pursuits and Sludge drifts. “The Abstract Corpse” is the song that today represents VAREGO at its best, with its tempo changes, compelling vocal lines and guitars ridings, we could not be more happy!”

Set for a release on February 15th 2019 with rising label Argonauta Records, the pre-order for the band’s upcoming CD & Vinyl formats is now available:

Forgery: Release of Lyric Video Demon of Self