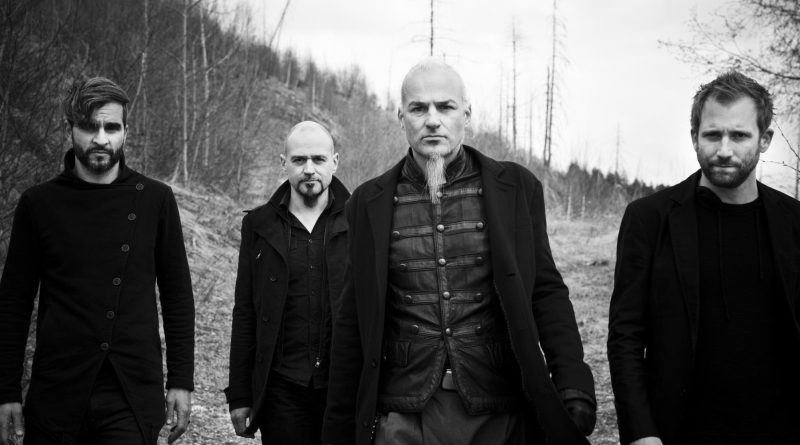 Swiss black metal pioneers SAMAEL are back with a brand new video! “Samael” is one of the most known songs off their latest album Hegemony (2017).

The band on the video:
“The video was shot last summer in Poland and Switzerland. It was filmed and edited by Sergey Ulyanov already responsable for the “Rite of Renewal” video. We tried to restitute the energy of our live performance from which our crowd is a big part. Some of the shots were actually sent by fans and integrated in the final video. It’s all about you, enjoy!

SAMAEL are widely known for their Industrial Black Metal armed with wind sections passing through shivering synthesizers. On point and frighteningly brutal, fiery whirlwinds of hypnotic hammering riff forces overlay gruesomely gurgling vocals driving you over the edge. Hegemony was released in October 2017:

Copenhagen’s VOLA are delighted to announce that they will be hitting the road in February-Marchacross Europe as main support to HAKEN, with the tour being opened by Bent Knee. To celebrate this they are also releasing the lyric video to live favourite ‘Whaler’.

The tour is hot on the heels of their triumphant October-November 2018 dates with MONUMENTS and the release of ‘Applause Of A Distant Crowd,’ which came out in October on Mascot Records. The album is the follow up to 2016s ‘Inmazes’. Through 2018 they also played explosive sets at Bloodstock Festival (UK), Tech Fest (UK), Damnation Festival (UK), Euroblast (Germany) and Complexity Festival (Netherlands) and pick up fans in the shape of Trivium’s Matt Heafy and Paulo Gregoletto .

Talking about the upcoming tour, drummer Adam Janzi says, “Ever since we got back from the tour we did this fall, we’ve been itching to get out and perform live even more. We’re very happy to get the chance to tour in Europe again, this time with the very talented Haken and Bent Knee. This tour will be reaching parts of Scandinavia, which is exciting to us since it’s our home. Being out on the road, traveling and struggling together as well as seeing some familiar and some new faces are such exhilarating experiences. We look forward to meeting you at the shows and making these evenings memorable together!”

Whilst on the video, singer/guitarist Asger Mygind said, “We’re pleased to present to you the official lyric video for the track ‘Whaler’. ‘Whaler’ became one of our favorite songs to play during our fall Europe tour last year, due to its slow and weighty groove. It was always an enjoyable experience to burst into the main theme of the song – without notice – and watch how people would respond to the more straight-forward vibe of the riff. Because of all the fun we had with this track on stage, we thought it would be appropriate to present the lyrics on a backdrop of a live performance. The video was created by Brownstache Productions and it contains footage from Euroblast 2018.”

On the new album, Asger Mygind (vocals/guitar), Martin Werner (keys), Nicolai Mogensen (bass) and Adam Janzi (drums) probe society’s distractions from thoughtfulness and examine the way human relationships have evolved whilst touching upon fear and anxiety. Where their debut ‘Inmazes’ dealt with the struggle that came with being trapped in mental mazes, the themes are now focused on the outside world rather than internal conflict. The album title is a metaphor derived from our relationship with social media, how we can appear close but be miles apart. Mygind elaborates: “We spend a lot of time trying to present ourselves in a flattering light in the pursuit of continuous applause, even if it’s a distant applause from those you may not connect with away from the screens.”

Listen up, IMPERIA‘s new single is here! You can watch the official lyric video for “Fear Is An Illusion” below  and stream it on Spotify, Deezer, Apple Music, and the like.

The song is taken from IMPERIA‘s upcoming album “Fear Is An Illusion” – to be released on February 22nd via Massacre Records – which is available as CD Digipak with bonus track, limited vinyl LP, stream and download. You can already pre-order it here » https://lnk.to/flamesofeternity

Guest musicians on the album include Oliver Philipps (Everon), original band member John Stam as well as the Finnish violin virtuoso Henrik Perelló. “Flames Of Eternity” is a strong album, whose songs will take you on an intense ride through all different kinds of human emotions.