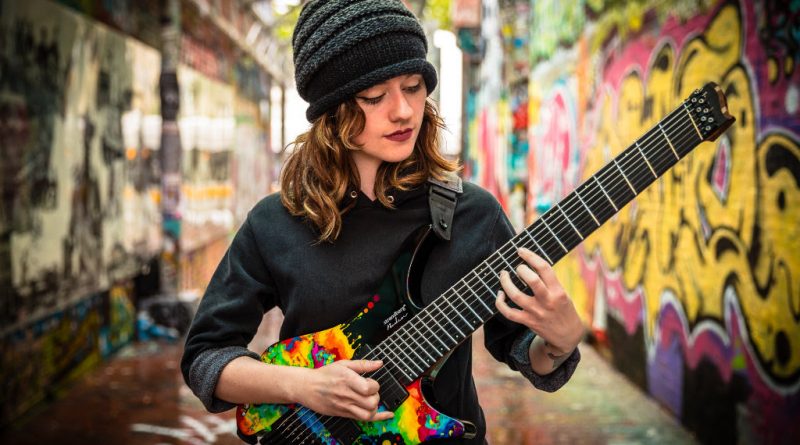 Season of Mist are proud to announce the signing of SARAH LONGFIELD. The extremely gifted American guitarist and YouTube shooting star with several million clicks will release her next album via the label.

SARAH LONGFIELD comments: “I’m really excited to announce that I’ll be signing with Season of Mist, home of such exciting acts as ARCHSPIRE, BEYOND CREATION, CYNIC, SHINING, and many more. I can’t wait to see what the future brings and to be working with such a great group of people!”

Season of Mist CEO, Michael Berberian explains: “On a lazy hotel-room morning, I was checking one of our new videos on YouTube when SARAH LONGFIELD‘s ‘Cranial Metropolis’ started playing randomly. Pro tech-guitarwork with female vocals? I was hooked and alt-tabbed. My jaw dropped! Once the first surprise passed, my mind was reeling. Somebody, who is playing on such a level at this age is called a ‘lifer’ and in it for the long run. Somebody, who gets so many views without any label support obviously has the right attitude towards working hard. Orianthi, Gretchen Menn, and Jen Majura to name but a few have all followed in the footsteps of excellent female rock and metal guitarists in recent years, but none have none have been going full tech like Sarah does. I thought, I would love to work with her as she has a rare talent that fits our roster perfectly. It really was a no-brainer and by the time her next video was playing, I was already typing an introductory mail to Sarah and at the same time reached out to Paul Masvidal for some insider info as the are both endorsed by Strandberg Guitars.

Working with Sarah will prove quite a challenge for us. She grew up and as an artist within generation YouTube and there is no way we should keep her from doing that. We need to support Sarah in continuing to her own platform, but parallel to the demands of a new age fulfil our classical label-role for this young artist.

Between SARAH LONGFIELD and HEILUNG, I really feel like we have struck musical gold twice in the last months. I am extremely looking forward to work with Sarah and quite curious as to how she is going to grow as an artist!”

About ten months after the official release of its debut and self-titled full-length, French hard’n’roll/folk power-trio Dead Crows (with members of Nightmare) just unveiled a brand new music video illustrating the song “Lullaby” and available right now below:

On February 16th, progressive extreme metal architects LETTERS FROM THE COLONY will release their crushing debut album. »Vignette« mixes perfection with ordered chaos; the unbridled joy of experimentation with virtuosic instrument mastery, and today, the Swedes unveil the lyric video for their second single off that debut. Watch the clip to the six minute long ‘Terminus‘ here: