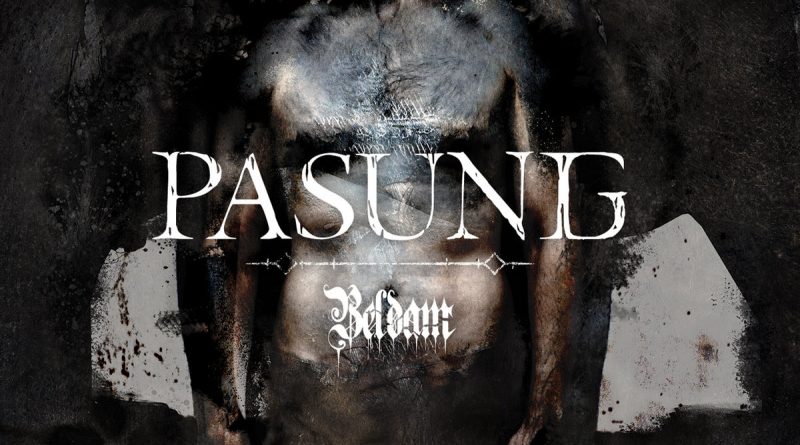 Seattle (WA) – Pasung, the forthcoming new album from Doom/Sludge Titans BELDAM, is now streaming in its entirety below:

Horror Pain Gore Death Productions will release Pasung January 26 on CD and Digital formats.  Pre-order the CD: www.horrorpaingoredeath.com/store/hpgd164.html
Pasung is BELDAM’s second release on Horror Pain Gore Death Productions and their first with new vocalist/lyricist Randall Guidry. The band recently relocated to Seattle, continuing their vision to play skull-crushing, soul-wrenching, paint-peeling Sludge with blackened touches. With influences ranging from Sleep, EyeHateGod, Graves At Sea, The Melvins and Black Sabbath, BELDAM combines a massive wall of guitars, thickened bass tones, bone-rattling drums and harsh vocals featuring lyrics building on the themes of death and despair. Pasung clocks in at 50 minutes of pure, unadulterated American Sludge.
Pasung was recorded at The Bomb Shelter in Nashville, TN, April 5-7, with additional tracking on August 31 and September 1, 2017. The album was engineered and mastered by Drew Carroll who recorded BELDAM’s original 5-song demo in 2015. All guitars and bass on the recording were performed by Grahm Reynolds with the exception of “One from the Stable.” Cullen Wade handled the drums on the entire record. Pasung represents the truest BELDAM. The band focused a significant amount of time on songwriting and pre-production to get the heaviest tones and thickest riffs possible. After parting ways with their original bassist and relocating to Seattle, BELDAM is psyched to release Pasung to the masses and play as many shows as possible in its new Pacific Northwest home.