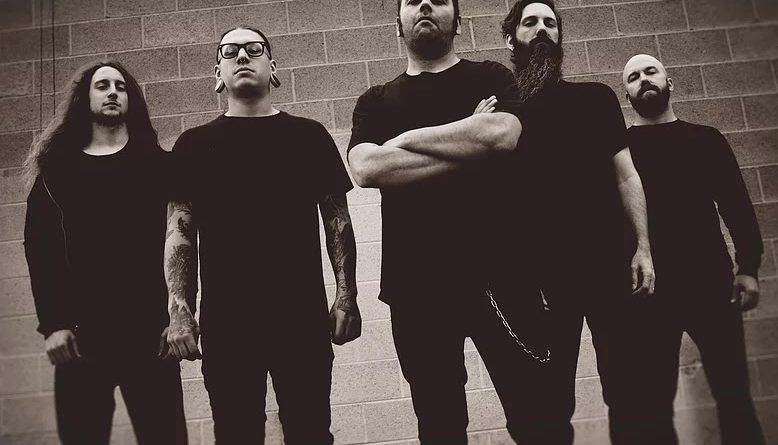 XENOKORP is proud to announce the signing of a multi-album deal with US dark Death Metal band SKINNED, the release of the group’s fifth full-length, “Shadow Syndicate“, on May 04 and the immediate launch of the FREE digital single / music video “We Are the End”

Firmly rooted in the Death Metal spectrum, SKINNED have since their inception in 1995, always combined styles to create their very own kind of Extreme Metal by twisting and re-shaping sub-genres, the result being a unique mix of Death Metal, dark Doom soundscapes, hyper blasts, Black Metal dramatic grotesquery and heavy slams.

This monstrous band’s ability to invoke innumerable extremes to create some of the heaviest, most epic, dark and brutal yet groovy brand of Death Metal is impressive. From their debut demo to present, the level of progression and diversification is vast and seemingly unstoppable.

The melodic thrash/death metal quintet BURDEN OF GRIEF have released the lyric video for their new single and title track of the upcoming album, “Eye Of The Storm”, check it out on

You can already pre-order the album – which will additionally available as a strictly limited vinyl LP – here: https://massacre.lnk.to/eyeofthestorm

“Eye Of The Storm” marks the 7th album of the band and was mixed & mastered by Kristian Kohlmannslehner. Jan Yrlund (Darkgrove Design) created the stunning cover artwork.

First and foremost, you’ll get the thrash treatment on this album. But you’ll also find a plethora of elements that go way beyond what thrash is all about. Expect killer grooves, fragile acoustic parts and classic twin-guitar solos as well as the return of the Hammond organ.

“Purpose Defeater” is taken from 2017 the self-titled split release with Japan’s RETORTION TERROR on Horror Pain Gore Death Productions. Stream the split in its entirety at hpgd.bandcamp.com/album/split-6
Purchase the CD: http://www.horrorpaingoredeath.com/store/hpgd156.html
Horror Pain Gore Death Productions presents this intense split album between Japan’s grinding maniacs Retortion Terror and US Death/Grind destroyers Invidiosus! Retortion Terror make their HPGD debut with 5 tracks of raw, blistering grindcore straight from Kyoto Japan. Featuring legendary guitarist Takafumi Matsubara (Gridlink, Mortalized Grindcore) and a mysterious lineup of international grinders, Retortion Terror pull no punches on this split. In 2014, Takafumi suffered a brain infection that made it nearly impossible for him to play guitar, and many thought Gridlink’s “Longhena” might be Takafumi’s last record. Fortunately, he has beaten those odds; his recovery has been nothing short of miraculous, and he has resumed playing guitar and doing karate in spite of what the doctors told him. This is Takafumi’s first release since that final Gridlink album, having overcome some impossible odds to return to playing grindcore. His work with RETORTION TERROR shows that he has no signs of slowing down or stopping anytime soon.” This is an absolute must listen for fans of Discordance Axis, Wormrot, Noisear and Insect Warfare.