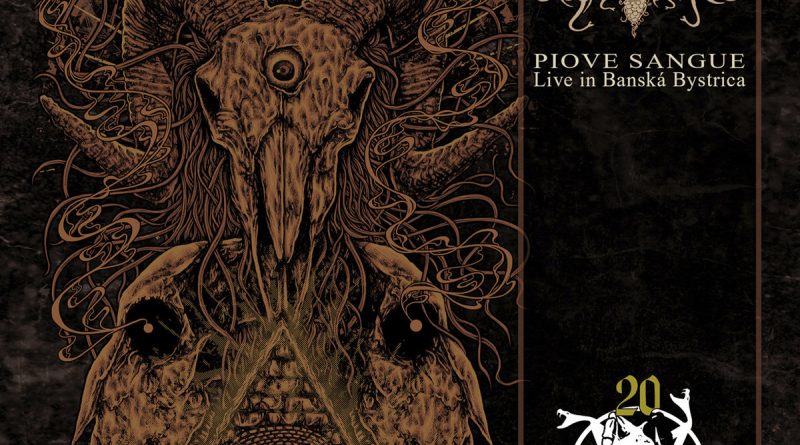 The first live album by Italian Avant-garde Gothic Black Metal band HORTUS ANIMAE. “Piove Sangue” is a very special album, that celebrates the twenty-year anniversary of the Italian Extreme Metal pioneers, twenty years since the release of their first demo tape “An Abode For Spirit And Flesh” in 1998. It was recorded live at Banská Bystrica (Slovakia), on the last date of the Total Metal Over Europe Tour, Pt. 2, which the band held with legendary German Thrashers Necronomicon, whose vocalist, Volker “Freddy” Fredrich, appeared on stage with Hortus Animae for a raging version of Slayer’s “Raining Blood” (from which the album also takes its title, in Italian). This live highlights a tight band in great musical shape; it is an excellent overview of the band’s history, and what you can expect when you see them live. A must for fans of Enslaved, early Opeth, Cradle Of Filth, Dimmu Borgir, Arch Enemy, as well as for all the fans of finest Extreme Metal!!
BlackHeavens Music/Aesthetic Death/Azermedoth Records/Metal Scrap Records Inc./M.A.S.D. Records, 2018 (BHM003 / ADCD046 / AZH-CD/LP-159 / MSR140/CDD / #MRCD002).

You can listen to it below: