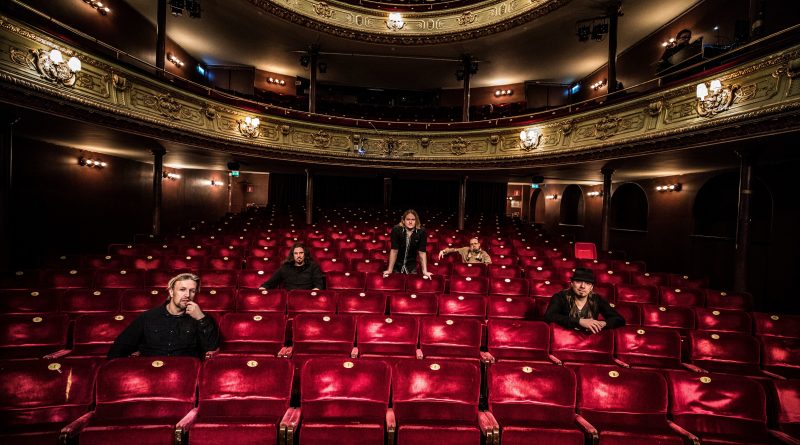 “We were talking about having an album cover made from a photo and luckily managed to find this award winning photographer Onni Wiljami who actually hails from a village not too far from our hometown and his pictures were just perfect for this album”, explains keyboardist Henrik “Henkka” Klingenberg.

“The idea was to create an album that is musically in line with at least the previous two albums”, says vocalist Tony Kakko and adds: “I am very happy with the songs and the general mood of the album. Some career highlights there, I feel.”

“We recorded a bunch of kick ass songs and tried some new stuff as well. I’m really proud of how we managed to record the band sounding more live, playing together instead of just tracking everything one by one”, states Henrik “Henkka” Klingenberg.

Now, SONATA ARCTICA release their first single called ‘A Little Less Understanding’, along with a lyric video that you can watch below:

“The song is lyrically somewhat a follow up for ”I Have A Right” and talks about the difficulty of making the right choices with the upbringing of a new human being”, explains Tony Kakko.

Heavy metal warriors Majesty, who are set to release their ninth studio album Legends on June 28th with Napalm Records, have just unleashed another tasty appetizer of their upcoming record with the premiere of a brand new video! The last two years since the release of their latest album, Rebels, Majesty have spent their time more than well: Aside relentless touring, the five piece got busy by pouring all its creativity into Legends, a heavy metal rollercoaster that delivers the pure steel and takes you on a trip into a post-apocalyptic wasteland where mankind fights for a brighter future! Legends bravely continues down the path its predecessor paved and mixes Majesty‘strademarks; blistering riffs, soaring guitar solos and anthemic choirs with modern soundscapes and a massive, crystal-clear production. That`s how real legends gotta sound!

“We are exremely proud to present you “We Are Legends”. Vocalist Tarek Maghary comments. “The track with its pounding beat will shake the ground anywhere it is played. “We Are Legends” has a mighty message to everyone who wants to be free and stuggles with his or her inner demons. No matter how bad things are, there is always a way out which leads to a better life. Live like a legend and you will become a legend. And now turn up the volume and sing along. This is our time!”

Be a legend, and watch Majesty‘s new video below:

To purchase your album copy, visit the Napalm Records store at THIS LOCATION!

Swedish newcomers FOLLOW THE CIPHER are currently working on their sophomore record, the follow-up to their self-titled debut album (2018), as well as arming for their upcoming festival shows at Rockharz Open Air, Germany (July 6) and Masters of Rock, Czech Republic (July 13). But before the band hits the stage again, the quintet are surprising their fans by unveiling a brand new single today. Watch the lyric video for‘The Pioneer’ below:

Guitarist Ken Kängström states, “‘The Pioneer’ is the story of a soldier waking up in a dark desert, bound to a journey seeking the bright light of the sun. The only way for him to redeem his sins is to find the rising star. This is a metaphor for learning from your own mistakes and faults in life, and learning to be a better person – a story that I think every single person can relate to. And for now, we are happy to say that we are writing the next album, and we are more excited than ever before. If you liked our first album, you will love this.”