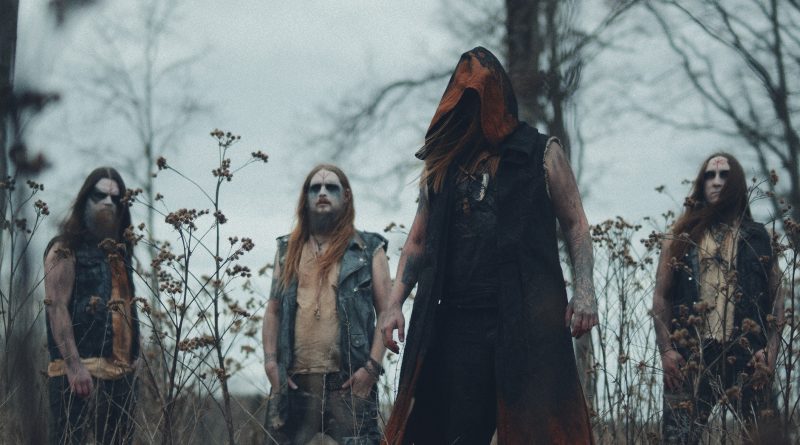 Wormwood is one of the hottest bands out there and their sophomore album, “Nattarvet” – our album of the month for July! – is a masterpiece. From “Nattarvet”, the band chose the song “Av Lie Och Börda” for the video that you can see below:

The band comments:
“Something that seems to have been forgotten here in Sweden is our sorrowful history of the crop failure during the 19th century. For several years in the 19th century, Sweden was hit by different crop failures and famines. WORMWOOD’s stories focus specifically on 1867-1869. Although it is generally known that famine hit Sweden, it is not so many who know the fate of people and how they lived their lives. The fate and journey of the ordinary swede is what WORMWOOD has focused on. What happened when the grain was unusable because of the extremely hot and dry summer? What sacrifices were made when the last cattle had died?  How did the Church aid people who asked for help during the endless winter of 1867? How did the most isolated villages get help when everything around them was covered with meters of snow? WORMWOOD does not answer everything, but their poetic perspective gives us a hint of what happened. Of Scythe and Burden is not about a specific family, it is an amalgamation of the fate of several families. We follow annameless family in the summer of 1869 in the suites of two disastrous previous years. The father of the family has begun to show early symptoms of a life threatening disease after years of tough living. He sees that the only way to save the family is to sell what little they have left and let his wife and child travel to America while he stays with his farm. Too proud to leave his country, he stays until the only way out is to take his own life, with the help of arsenic, just as many others have done before. In feverish dreams, misery and a melancholic hope that his wife and child can survive the long journey, he thinks about life, death and what comes after. The video is mostly recorded locally in Roslagen, in authentic environments, with mountainscapes from Jämtland among other things. The music has several different passages that symbolize the different feelings this man felt during these difficult years. Everything from calm and melancholic melodies to raw and fast parts, which convey different kinds of moods. WORMWOOD wants the lyrics and the music to hold your hand on this journey while also making you think and reflect. Do not see this as a page in a history book; see it as a tribute and transportation to a place in Sweden where the people struggled for survival and those who will eventually be forgotten.”

But let the music speak for itself, as today The Agonist have unleashed a second track from their upcoming Orphans! Watch the new video for Burn it all Down below:

Says Chris Kells, The Agonist bassist and video director: “When the band had first decided to make “Burn it all Down” a music video, naturally I knew exactly what I wanted to do. I knew I wanted to make a high intensity video that portrayed Vicky’s anger in delivering the lyrics, all while a blazing inferno is happening behind the band. It wasn’t an easy task to make happen! I thought i had it all figured out with my video team but none of us had ever done a fire shoot before. Normally we take our time in setting up the lighting and over analyzing the shots to make sure what works best in the moment. There was absolutely no time for that. Once we lit the fire It was a a race right till the end to make sure we kept it blazing and high all while trying to get every one of our scheduled shots in. In the end everything worked out, we didn’t burn down a field, nobody got hurt, just singed, and we all hustled to make sure we got everything done that was needed.“

Coming September 20th as Deluxe Box, LP, CD and Digital formats on Rodeostar Records. Orphans is available to pre-order at THIS LOCATION!

Catalan atmospheric metal band FOSCOR are now releasing the second brand new track of their upcoming album ‘Els Sepulcres Blancs’, which will be released worldwide on September 06, 2019. The track ‘Malson’ is now streaming below:

OSCOR comment on the track and video: “The gaps between reality and the dream world, poetry and reality, set a dialogue with our own and deepest emotions dealing with the real and ideal conscious level.“Els Sepulcres Blancs” delivers the most intimate exercise to date, as the act of dreaming and imagining the change does. Our music pretends to serve us as a tool in the thrilling act of poetizing the world.The new song ‘Malson’ translates as ‘Nightmare’ in Catalan, and digs into the darkest side of life and our own weaknesses, trying to approach the listener to the lyrical content. Metaphorically, life sometimes seems to offer no escape to suffering moments, as if a tall black presence accompanying us may lead everything to recurrent dead ends when facing our boundaries.Once again filmed and edited by our guitarist Falke, the video claims to reach reconciliation between our own world of emotions and the physical one we daily must deal with. There’s a tragic sense on life’s darkness which allows a new beauty to appear, and so it is what inspires our music and speech.Musically speaking, the song is the most delicate one of the collection, offering by far the most distant to metal language from the whole album. Choosing to work without distortion on guitars was a key point during the composition process and opened a new and definitive universe to us trying to reach the timeless music all across styles and ages we drink from.”