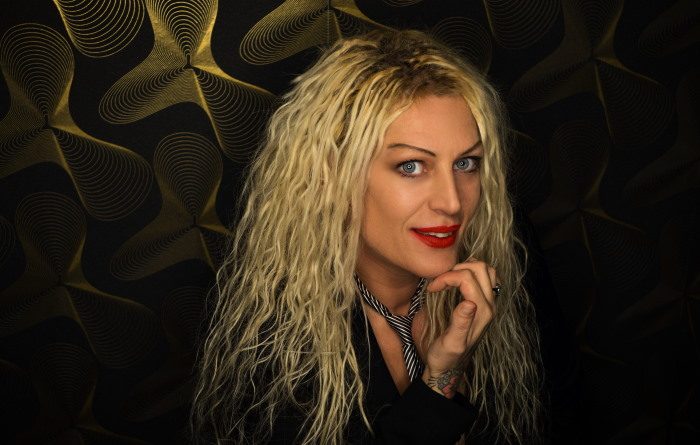 Helena Iren Michaelsen, from Imperia fame, returned to her solo career after 15 years since the debut, and this time, things are way more personal and emotional. We reached out to Helena to have a heart to heart talk about “A Woman’s Diary – Chapter II” and all beyond her epic strugles that she faced and still continues to face in her personal life. By Fernando Ferreira

Hello Helena and welcome. Thanks for agreeing talking to us. You’ve released the second chapter on your solo career, after 15 years since the debut album. How do you compare this second one with the first?

The approach this time was completely different. The first album I did back then with the musicians of my main band Imperia, so though I love the first album as well it did get more of a Metal vibe than I had actually intended. The new album in a way is the album I wished to make already back then, but some things just take their time, and sometimes even 15 years it seems. For my solo albums I do not want to think in styles or genres, I want to be completely free in exploring whatever musical territory I find fitting for the particular lyrics and vibe of every song.

It really feels that this one is really personal and emotional crushing. How hard it was to work on it?

For me that’s what music is all about actually, it’s emotions transformed into songs. So of course it is very personal, and some of it is also painful, but that’s exactly what also makes it touching, heartfelt and intense, you don’t get one without the other. Actually working on it was very easy, if you just let the music come naturally without any restrictions or limitations it is a very joyful process.

Did all this pandemic situation helped to make this moment perfect for working on these songs?

Well, no. This album was recorded in December and January, so that was two months before the pandemia started. But we did a new Imperia album in the Corona period, and in a way indeed it at least has it, that everybody kind of had more time available to spend on it, as most of the normal life was on hold anyway. But to be honest I’d much rather have it without this difficult situation.

The type of music is very different from what you do in Imperia. Is also important for you to be able to do different things from your main band?

As explained above, this was exactly my intention for the solo project and one of the reasons why I started with it. Don’t get me wrong, I love my band and I love singing Metal music, but my personal taste is much wider than only Metal. So for me as a singer and artist it’s important to also show those other sides of me and to have the freedom to explore different territories. It also allows me to explore lyrical topics that would not make a fit with a Metal song.

Although the lyrics are connected to your life, can we say this is a concept album?

No, at least to my understanding it is not. “Concept album” usually means that all lyrics are about the same topic, usually a concept album is telling one complete story devided into a number of different songs. The songs on my album are about different topics, different experiences I made in my life, and also from different times of my life. The songs “Silence” and “I don’t believe” I originally wrote as a teenager. It’s wonderful for me to see them making it properly recorded and produced on an album I release in 2020. So no, I don’t think this album can be labeled as concept album.

Dealing with such personal aspects of your life, did you had any fear of over-expose yourself?

No, absolutely not. I’ve always been honest and straight-forward with my lyrics, and I am the same way in private life. All my lyrics are very personal, and my life is full crazy ups and downs and extreme experiences, but there is nothing I feel I need to hide.

I’ve read some of your interviews and it seems that all these difficult times really were something very hard to bear, to you and your daughter. Did all this stress affected you heavily to continue to pursue your life in music?

It did indeed. It is one of the main reasons why so much time passed between the first and the second solo album, I’ve been involved in epic court cases stretching over years, I’ve been illegally imprisoned and hospitalized and for already 6 years I try all I can to get my daugther back into my care. So there’s been long periods in those years where I didn’t even have a chance to think about music, let aside to make a new album. So as long as it took, this album could not have been made any earlier than that.

After the album is finished, did you felt any kind of catharsis? Or do you feel that this trauma is still needs more exorcism?

Catharsis is a too big word for it. It can provide relief, at least for a moment, when you can transform anger, frustration, sadness, you name it, into something that actually is beautiful and in a way creates something positive even out of the most negative. But it doesn’t solve a problem or makes anything undone. But for me my music is also a way to get more attention to the case around my daughter, I have a public audience I can reach out to, so I can bring things from the hidden out into the open that way, and that’s very important for me.

What is your greatest triumph you think you’ve achieved in the end of all this?

That some of my songs could help other people in difficult situation in their own lifes. I’ve got several mails and letters from people who told me exactly that, and for me it is a great feeling to know that my music can do something good for others that way.