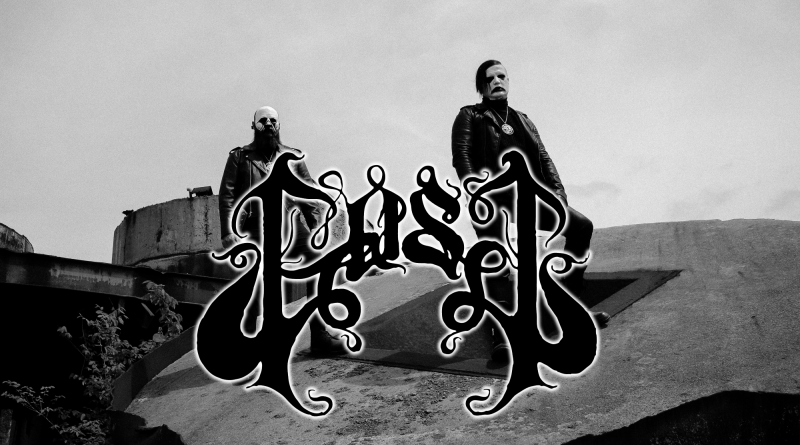 GosT is not a easy band to define. Gathering industrial elements surrounding a black metal ambience, the mysterious producer known as GosT, that also assumes the character Baalberith, brought a new album in the form of “Valediction”. To all of those who are into the mix between retro synth sound and black metal atmosphere, this is the best you can get. Baalberith ascend from hell to talk with World Of Metal. – by Fernando Ferreira / Photo by Jason Woodward

Hell-o Baalberith and welcome to our World Of Metal. “Valediction” is the first record released with Century Media Records. Did that took any kind of influence on what you wanted to achieve with this album?

Only that I wanted to give my best effort!  I always work hard to achieve the best I am able at the time though.

“Valediction” is quite addictive, speacially for those like me who grew on all those action and horror movies in the eighties, and even more when it blasts on full black metal rage. This is your fifth album released, do you think is there some diehard black metal fans who gets offended by your music? – I’ll bet it will be an hidden guilty pleasure.

There are always purests of every form sure but I want to speak to general lovers of music and steer clear of close minded genre purests.

You’ve got another team player, at least for the live activities. Did that also had any impact on you’ve done in here? Is this album thought in any different way because of Carreau playing live in Gost?

Carreau simply helps me on the live front.  He no doubt plays a huge role in making sure the shows come together the way they do.  I am still doing 100% of the writing though.

You’ve felt and described “Possessor” is an album where you matured as an artist. How do you compare it to “Valediction”?

Just a further progressing and growth artistically.  I feel “Valediction” takes what “Possessor” started and pushes things into more extreme reams across the board.

The album is really diverse, have the moments where synthwave rules or when metal is more proeminent. Is it important to have all these different vibes and dynamics? Is that one of Gost’s trademarks that you want to keep no matter what?

I certainly feel this record is the most honest personification of me musically.  I feel though, that I am always laying the ground work for what I will try and achieve next.

Lyrically, where did you summoned the inspiration for “Valediction”? What is the mood for this album?

The lyrics are quite personal.  Most of the lyrics are stream of consciouness and express feelings as the came to me in the moment.

Although your sound is electronic you also have some organic feel. How much of what we can hear in “Valediction” is VST sounds and how much is real instruments?

In the end of October you begin a string of shows in Europe. What the european fans can expect from those shows? How deep will be the presence of “Valediction”?

We are traveling our own lights and playing a very hard/fast/intense set.  We are playing over half of the new record on this run.

What may the future hold for “Valediction”? It’s early to ask this but many artists think ahead… at least of what they intend to do. Do you have some kind of idea where you will go next, creatively I mean?

Yes, I have already started on the next record.  I can never rest, it’s a curse…  I do not want to share too much for now because I am only just begininng and there will be quite a lot of touring for “Valediction”!