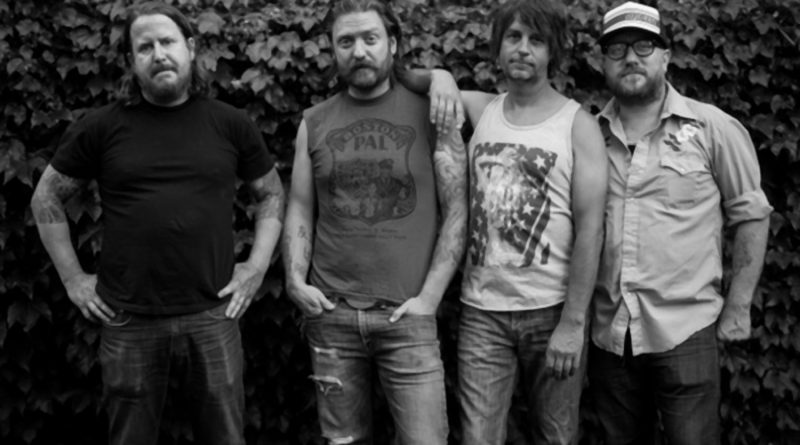 In Hey Zeus‘ facebook page you can read “Hey Zeus play rock’n’roll. Do you like rock’n’roll?”. And that’s best badass and simple description one could get. And true too. The band released their debut album, “X”, in February and was an album that impressed us and we recomend. After that, what choice did we had? We had to talk with them!

Hello guys and welcome to our World Of Metal. How does it feel to release your debut album in a label like Argonauta Records?

FUCKING GREAT! We’re psyched to be on a label that works so hard to put out good heavy music. Gero is an animal. ​How did they got to know you and your sound? ​JJ Koczan of the Obelisk.net introduced us to Gero.

How was the road paved to the debut album “X”? Can you share more of what did you faced to reach this point?

​Well- years of booze, failure, lugging gear around and playing countless shows prepared us for anything. We started the band with our major concentration on playing live and putting on a great show- something to entertain people and stick with them- The whole point of this band is to have a good time. Once we settled in we got to working towards a record. Many hours of writing and rewriting in the rehearsal space. Most of the songwriting begins with Pete bringing riffs, Bice usually writes some drum parts, then we all arrange/structure and finish it off together.

Let’s take a step back and look at the beginning of Hey Zeus. For starters, how did the name came to be and what is its meaning? ​

It of course takes forever and it’s one of the most painful parts of starting a band. I think we were sitting around making fun of super religious people and it came about like that. Then we remembered that the band X had an album called Hey Zeus.

From what we know playing live is something very important for you, like a party. How were those early gigs?

​We have a really, really good time playing music. That’s the perfect way to put it- it’s like a party. And we love a good party. Honestly in the early days Bice was pretty terrified- he was used to being behind a drum kit, but every show has been a blast. Each one more fun than the last.

When did you decided you were ready for the debut album? ​

A couple years back- after the first round of songs when we wrote we started to develop a groove and songwriting process, honed in on our own sound.

Unfortunately I’ve never seen you guys live. Could we say that “X” is a good and faithful representation of what you do on a stage? ​

We tried very hard to represent the live show with X. With the exception of a few guitar leads- all of the instrumentation was done live and in the same room to capture that energy and feel. We love the record and think we represents our sound well…but nothing compares to the live show. We’ve learned that the audience has no choice but to pay attention and take part in the good time with us.

“X” marks the spot? What is the meaning of the album title? ​

It’s actually X Marks the Rock. So wherever Hey Zeus is playing, that’s where X is.

What are the reactions you’ve been getting so far? ​

Reaction to the record has definitely been positive overall- good reviews from sites and prints all over. We’ve always been straddling the line between straight up rock, metal, punk, hardcore, and classic rock, so people are sometimes confused as to where to put us and who to compare us to- But we’ve had some great feedback saying that we’re refreshing in that way. That’s one of the most common remarks after a live set- that it’s good to see a band that isn’t all one thing.

What kind of promotion you’re planning to have live to the album? Any incursion to Europe being planned?

​For sure! We’ve been playing around the Northeast US in support of the record- we’re headed out for a tour in May to the midwest, then Europe in November.