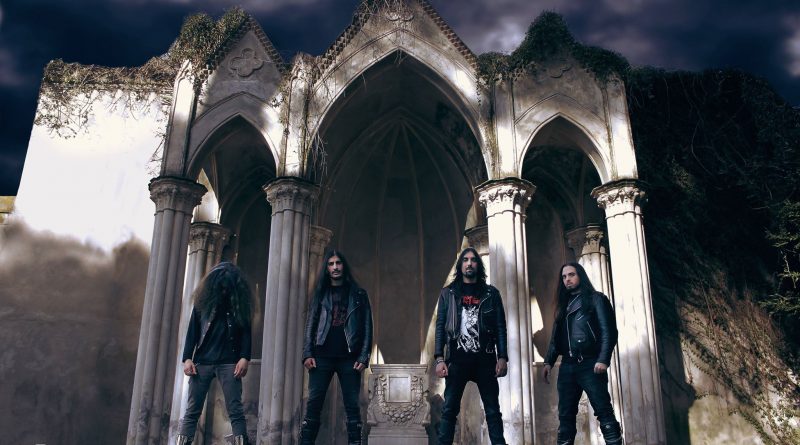 Italians Lectern are a good representation of what death metal can achieve. “Deheadment for Betrayal” was released last year but it still stands as one of their finest releases to date. We’ve got an hold on Fabio Bava, Lectern’s vocalist and bassist for a quick chat.

Hello Fabio and welcome to our World Of Metal! Let’s start by getting to know Lectern a little better. How would you define Lectern and what is your goal as an extreme metal band?

To spread Satan! We represent a form of Devilish death metal, old school and in your fucking face! With black metal and thrash elements, 1990 artworks, layout and pictures with our image made of spikes and leather! If I think at death metal, I always have in my mind Possessed and early Sodom!

Deheadment for Betrayal was released a year ago. What reactions did you received about this album?

Good, I think! Tons of promotion, with one European tour, single shows, reviews, interviews, radioshows and links here and there! The album was well received, we had a very good support from press, bands and fans.

Musicians usually need time to see their work in a more objective way. How do you see that album nowadays?

Interesting! Even if  there is more than something that after more than one year I would change, some mistakes and things done with haste. This is the price to pay! We had very complicated recording sessions, so when I think about Deheadment birth, it reminds me a very nervous period!

Did you had any chance to go on tour and support the album? Where did you go? And what’s the evaluation you had of these shows?

And for the future, you’re thinking on playing more shows or are you focused on creating new music?

Both, because one calls the other. You cannot have albums without shows, and one tour at least.

You can be called a veteran band, with a career of twenty years. In all this time, which were your most difficult challenges you’ve faced?

Too many, let’s think about changes inside the band, hiatus and so on.

A lot! The fact that we are still there, Incantation support, many savage shows, artworks, our personal merchandise and travelling. What else?

Since metal isn’t exactly popular, outside the underground at least, is it easy to keep the dream of playing in a band like Lectern alive?

Yes and not! As everything, also this can be over one day! Heavy metal is underground, it’s not for the masses, it’s hurtful, with a big difference between fiction and reality, you know!

How do you see these new generations that come to extreme music? Do you feel there’s new blood coming at the scene?

Might! Pissgrave and Insulter with many others, were a great discover for me in the last days! I say it again, the word is underground! Support, sneaking between all these bands to discover them, events and all the shit related!