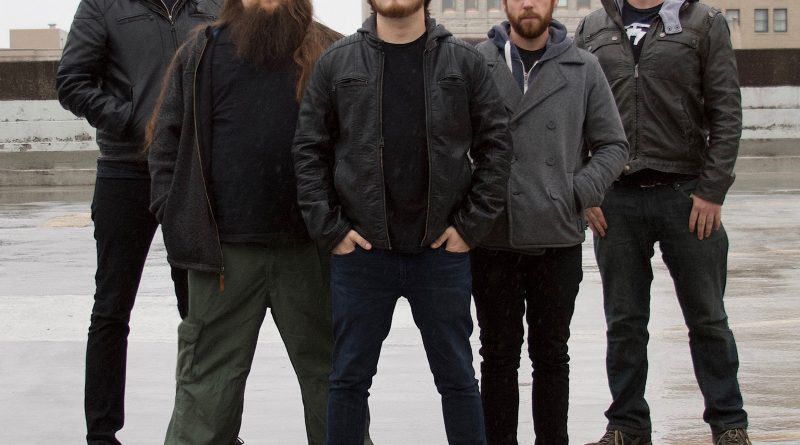 Society’s Plague seemed to be asleep since the release of their debut album eight years ago but the melodic death metal beast has risen with a great sophomore album, “Call To The Void”. We had to check with Matt Newsome, vocalist of Society’s Plague, to know more about it in a nice little chat and below you have how it went.

Hello and welcome to the World Of Metal. And welcome back after a long silence, all and all with a great album like “Call To The Void”. I would like to star with that point, why so much time to release this second album?

Thanks a lot, and thank you for the compliment as well! We’re super excited to be back! We definitely didn’t plan on taking a break for that long, but life just happened like that. We spent a long time dedicating every moment to Society’s Plague, and when our drummer JD decided to step away from the band to focus on life and his family we all decided that we needed some time to do the same. It was a wonderful chance to go out and do some other stuff, but ultimately, this is where our hearts are, so we are back and better than ever.

“Call To The Void”, the title, and also the songs, seems to point out inner struggles, integration in society… It’s been said by Matt that this was a very personal album to write. Do this songs a way of exorcism? And if so, doesn’t that make that this songs are hard to sing, on a emotional level?

This album definitely is a bit deeper and more personal than some of our older material. I’ve always written lyrics that are close to my heart, butthis one had a lot more pain and struggle tied to it. Those few years away from the band really challenged me to find an identity outside of music, and to find other ways of handling adversity. Coming back into the fold and writing lyrics again really just opened up that whole chapter of my life. I always go back to that place to some degree when performing live, so sometimes it is hard, but it isn’t as hard as writing it and putting it out there for everyone to see. When performing, I tend to go back there and draw from the experience, but when writing you have to acknowledge those experiences, and that acceptance of your faults and shortcomings, even sometimes your vulnerabilities, is always really hard. When someone tells me that something I wrote helped them through a hard time or made a difference to them, even in a small way, that’s a huge deal to me. Knowing that you can help someone not feel like they are alone in these struggles is such a humbling thing, and it’s worth anything I go through writing and performing these songs.

You’ve got Björn “Speed” Strid from Soilwork participating with guest vocals on the song “Distant Waves”. How did the this participation happened?

We are all pretty big Soilwork fans, so whenever they talk about things we tend to pay attention. JD happened to see that Speed posted something about looking for projects to work on, so we reached out to him to see if he would be interested in working with us. The rest is history . It was a really great experience and a really big moment for us, both as fans and artists.

Was there any additional pressure because of the time that has passed since your debut?

I personally think there was less pressure. It had been a while and we didn’t really broadcast too heavily that we were back together until we had a few new songs written. Once we all met up and started practicing it was like we were a brand new band again, and all of that excitement came rushing back. We also had time. We didn’t have any deadlines or anything, so we really just took our time and enjoyed the process.

You produced the album by yourself. Didn’ miss having someone to point out the way or you all had a clear way of what you wanted to achieve with “Call To The Void”?

We really wanted to just go back to our roots. We had some song ideas, and we know our way around a studio, so we decided to just do things exactly how we wanted. Producers can be a great help in a lot of ways and we are definitely not against having one, but this felt like something we wanted to do ourselves. We had an idea of what we wanted, and we all agreed to just do what we do and hope that everyone enjoys it as much as we do.

Now that the album is out for a few months, what do you think about the end result. Was there anything that you would change?

I really like the songs, and I love the message. The only thing I think any of us would change is maybe some studio fixes, like maybe making the guitars a little thicker or adjusting certain cymbal levels, mostly stuff like that. Other wise, I think we are all pretty happy with how the album turned out!

It’s seems incredible how metal nowadays is still underground (where you can’t see it on tv) and yet, videos are still, if not more, important. If I’m not mistaken, you recorded Three for this album so far. Can you tell us how the ideas for the videos, “Ashes For Air”, “Broken By Design” and “Rise Of Eidolon” came up? I’m particulary interested in knowing more about “Ashes For Air” and how you came up that interesting location.

“Broken By Design” was really a lyrically heavy song, so we decided to do a lyric video so we could draw attention to that. The nature of the song is very much a direct response to the current social and political state here in US, so we wanted something that reflected that. “Rise of the Eidolon” was a lot of fun to make, it was an idea that we came up with while hanging out after practice one day. Joe got married and had a medieval wedding, so we had some armor and swords already available. The concept is that there are two evil mages terrorizing a quiet countryside and they are preparing a ritual to raise an undead army. A lord of the territory ventures out with a small team to find and defeat the mages. We love fantasy stuff so this was a really fun video to act out and film. I’m hoping we’ll get to do something just as nerdy in the future. “Ashes for Air” is a pretty heavy track, and is really about being in the middle of a panic attack, so we wanted the video to have that feeling where its dark, and the place seems both familiar and foreign at the same time. In the video there are shadow people that are representative of things that would pull you down or kill you, inner demons, vices, mental health, those sorts of things. The room we used was in a church, who no longer would use the room because weird stuff was happening and it was just overall a super uncomfortable room, so they decide to lock it up and disregard it. Naturally we thought this was perfect, so I reached out to my friend and they were awesome enough to let us use it. We are pretty happy with how all the videos turned out, and we can’t wait to film some more in the future.

Can we expect you guys here in Europe for touring? It would be great to have you here in Portugal.

We really hope so! One of our biggest future goals is to make it over seas. When we do we will definitely come to Portugal and jam with you guys!