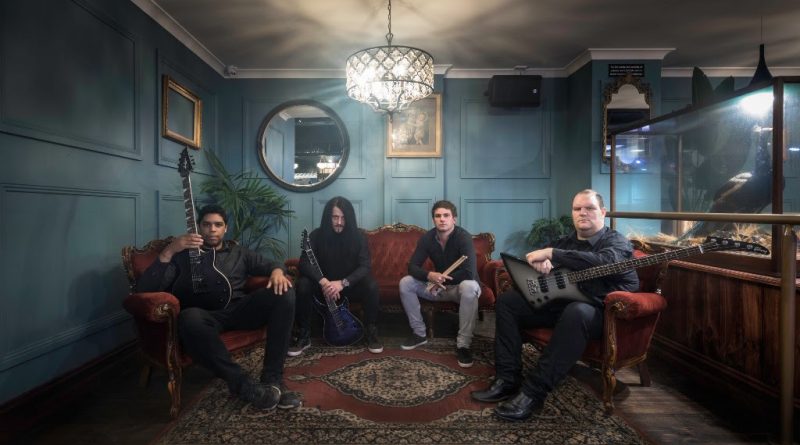 The Ascended is one of Australia’s hottest new bands. With a great debut album on their hands, the aussies are ready to conquer the world and World Of Metal got to talk with The Ascended‘s frontman, Mat Wale that introduced us to their own world. So hang on and get ready to Ascend!

Your debut album “Awaken Within” sounds pretty good. The result is everything you’ve hoped for?

And more, its come out so much better than we ever thought, Adam did an amazing job producing the record and Chris just worked wonders with the mix. Couple that with songs that just turned out so well and were very happy.

Do you have some kind of message in your lyrics or it’s just pure heavy metal fun? What’s more important, lyrics/message or the music?

For us the music is definatley more important. im a guitar player first and a vocalist second. So im always going to write the best music possible and then add lyrics afterwards. Don’t get me wrong, some songs like “Awaken Within”, have a message of their own, but overall, its about the music and what souns good!

Being your debut album, how did you find the recording process?

It was great, but also very challenging. Adam is a good friend of ours but when it came down to the crunch, he pushed us to our limits and it made for a better record. We had alot of fun and honestly cant wait to do it again.

Being for Australia and in the beginning of your career, tell us how is the metal scene there. Strong?

Australia has a very good metal scene, the fans are passionate about metal and really get behind it, theres alot of great bands coming out of the country, however, it can be a challenge in this day and age, getting people to go out and support the live scene. I think thats happening everywhere though so overall, things are good here.

You have two release shows scheduled, any further plans for touring? What about outside your country?

We are guna be taking this album as far as we can so yeah, we have alot of shows coming up, weve got a run of 9 shows to start with and then we will do another 10 or so. Then come next year we will be looking at overseas yes, New Zealand is first on our Radar and then we will see what happens.

Where do expect to reach with The Ascended’s career? What is your dream goal?

Honestly, if we can just keep enough momentum behind us, enough drive and positive response from the fans, we will keep making records. We would love to take the Ascended all around the world, and we will do everything we can to make it happen. To play along side some of our idols would be a major goal of ours to.

As a musician, is it possible to live from your passion in Australia?

I think the days of living off music are seriously numbered. the market is just changing so much there few ways to make money, especially in metal. im sure theres a way to do it, im trying to work it out, but until then, most of us have to continue putting in the hard work and doing it for the love of it!