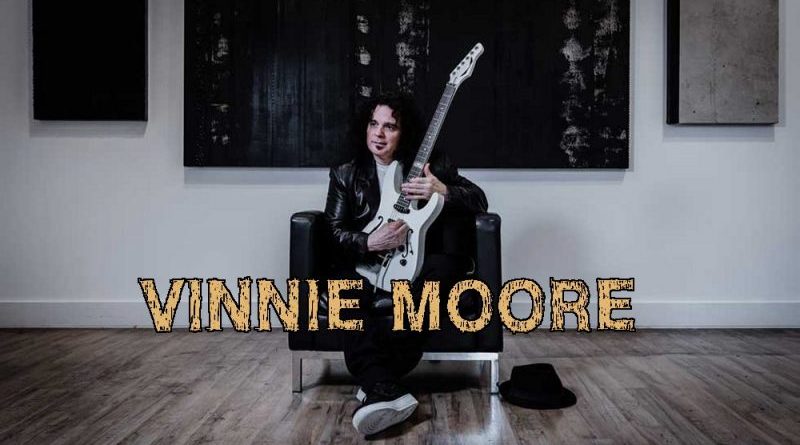 World Of Metal is really proud to get to talk with Vinnie Moore, one of the finest guitar players in the world. Started to play in Vicious Rumors, released some classic solo albums and for a more a decade is currently in UFO. We wanted to check the maestro, and get to know him a little bit more. – by Carlos Lichman

Hello Vinnie! Thanks for your time to talk to World Of Metal. I remember when I listened to “Last Chance” for the first time, it was a blast inside my head and my first contact to your music. After that, I began to hunt your music around and became a huge fan! Year after year, improving my skills on the instrument I decided to understand how a professional musician works, thinks and sees the music business. My first question is how is your day when you are not touring? What do you focus on to promote your career?

When at home I am either playing guitar or writing songs. And also trying to come up with ways to promote my records.

We know the business has changed a lot since the internet was born and you are famous musician now, but which kind of aspect of the business do you think it is still the same?

Musicians playing together, writing songs together and enjoying making music. This is something that should always be the same.

Through the years, you have changed a lot your compositions, the first records were more into shredding and now we can listen to a lot of great influences. How is your writing process and how do you know that a song is ok to be recorded?

My writing usually starts with me playing guitar. I play and what I’m feeling at the time will come out in what I play. Most of the time I discover new song ideas by accident. Once I am inspired by an idea, I start to get other ideas that are related. Once I have a few things that go together,  I’ll go into my studio and record. Sometimes an idea doesn’t seem so special, but later becomes something special as I record and work on it. Other times I initially think I have something really good and then when I am recording it, I can’t really do anything with it. In general, if I am feeling something, I will record it and see where it goes. Sometimes things take flight and sometimes ideas don’t find wings. It’s all part of the process

You played with many artists and bands as UFO, Alice Cooper, Vicious Rumors, Red Zone Rider. What did you learn in terms of music and music promotion?

Well, I’ve learned many things from those experiences. Too numerous to mention. Each of those scenarios was a totally different thing, and I took different things away from each. One thing for sure overall is that promotion is extremely important. And you always learn something musically from working with others.

You worked with Mike Varney in the beginning of your career. Which was the most important moment during this relationship?

Probably when we decided to do a solo instrumental record which turned out to be Mind’s Eye. That was a very important step for me.

In 2019, you released “Soul Shifter”. How do you know when a song must be in your solo album and when it must be part of UFO´s album?

I keep all the better stuff for my solo records. (laughs). Just kidding. I know pretty early on when I am writing if I am writing an instrumental thing or a vocal song.

Nowadays, you work with Dean guitars, Rotosound, DMT, Pickworld and Steinberg. How is important to work with music brands to promote your career?

It can be very important and helpful as far as promotion, as well as getting important tools that an artist needs to create. It was extremely beneficial to me early in my career because it really helped create an awareness of my music

Since you began to work with Dean, you released a signature guitar. Did it have some modifications after the years?

We did a second version that is partially hollow. I’ve done some experimenting with changing pickups but besides that there haven’t been many changes.

I learnt a lot from your videos. Do you intend to release a new online instructional material?

I may do some short videos on my pages in the future, but definitely not an hour video like I did with Hot Licks.

Once again, thanks a lot for your time and if you wish you can let a message for your fans.

Thanks very much to you, Carlos and to all the people who have listened to my records and come to my shows. I hope that you will check out my work in the future and that I will see you someday from the stage.