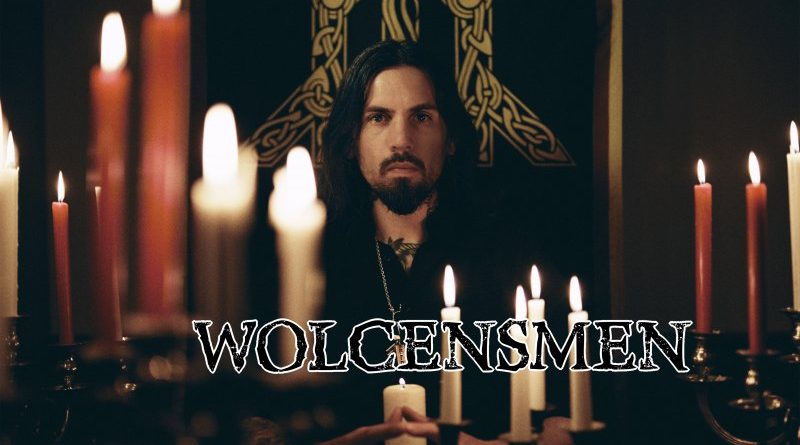 If we can say that there was a project that took us by surprise, we have to mention Wolcensmen, the personal endeovor by Dan Capp from Winterfylleth. After the great debut album “Songs From The Fyrgen” that Indie Recordings re-released last year, the man is back for the sophomore release, “Fire In The White Stone” that was the on our Top 20 for October. Since we couldn’t miss the chance to talk with Dan again… here you got, ladies and gentlemen, Wolcensmen. – by Fernando Ferreira / Photo by Daniel Walmsley

Hello Dan and welcome back to our World Of Metal. We’ve talked back in the end of 2018 and here we are againg to talk about your second album “Fire In The White Stone”. How much impact had the re-release on the news songs? Did the fact that you got back to them made clearer the path you wanted to follow on this sophomore?

Hello and nice to speak to you again! This is a good question. I had already begun writing songs for “Fire in the White Stone” when I was required to revisit the first album, “Songs from the Fyrgen”, for its reissue last year. I don’t think this chain-of-events inspired me to change my songwriting approach for the new album, but I do think it made me realise how important it would be to work with a proper producer this time, for the entirety of the project. Stamos Kouliosis did a fantastic job remixing the first album, but he was working with raw recording which could have perhaps been better.

You’ve wrote a small story and that’s the basis for what we can listen in the album. Was that something that you wanted to do for a long time? This kind of concept album?

Actually, no! If someone had told me two years ago that I would  make a concept album and write a short-story to accompany it, I’d have told them they were crazy. I wouldn’t have foreseen taking on such a big task. What happened is that during the stage of composing new musical ideas, some strong mythological, philosophical ideas came to me – inspired by some of the alchemical and runic concepts I had studied. A simple story came to mind, perfect for dark, romantic, epic music, so I decided to make it the foundation for the album’s lyrics. But whilst the music and lyrics took shape, the story grew more and more detailed. I realised then that I wouldn’t be able to fit all of the details into just the lyrics, and that the concept deserved to become a full story, written with as much skill as I was capable of. The album forced me to do something very much outside of my comfort zone.

If we go back to the story you’ve wrote, it seems to have a message behind it, like a metaphor. Do you prefer to show exactly what is the meaning of your work or do you prefer that each one draw their own conclusions?

There are many metaphors and lessons in the story, and I certainly don’t want to explain all of them. But I will say that the overall message is one of growth and evolution – mainly on a personal level. Most of us spend too long in our personal comfort zones, fearful of the unknown and lacking confidence in our own strength and ability, so we stagnate. Our potential goes to waste and we do nothing to make our lives or the lives of those around us better. The only way to really grow as a person is to face the unknown; Venture into the darkness and embrace it. Something powerful might embrace you in return. If it’s friendly, listen. If it’s not, wrestle it and stand victorious.

Do you consider doing something special in the future with the story you’ve wrote, like a little video?

I don’t have the money or time for a project like that, but if someone else does then of course I’ll talk with them. I think it’s perhaps more likely that I may work with an artist on a series of illustrations for the story – maybe for a new edition of the book or album. But even that seems improbable and right now I’m happy with what I’ve created. I hope fans will be too.

As did the debut, “Fire In The White Stone” really take us elsewhere, faraway from the current world. I think that is the power of music to take us to out of our (each on of us) world. I’m curious to know if when you wrote it (the story and the music) and even when you play it, if you have the same feeling?

I’m glad that you feel this when you listen to the album(s), for it is the main purpose. The music is intended to be enjoyed through good headphones or speakers, and to take the listener on a journey. When I’m composing, I try to create the most powerful melodies, chord progressions and song structures I can, but I have to be in both a ‘technical’ and ‘emotional’ mindset simultaneously. I guess you could say I have to use my ‘left brain’ and my ‘right brain’ in balance; the ‘right brain’ to stay in touch with the emotional and atmospheric power of the music, and the ‘left brain’ to make sure that the song has an effective structure, and doesn’t just become some kind of loose improvisation type thing. I hope that makes sense. Now that the album is done, I can stop listening to it with such a critical mind and try to enjoy it the same way that other listeners do. When performing live, it can be difficult to ‘let go’, because there’s a lot to think about. This may change if live performances become more commonplace, and I have even considered writing songs exclusively for the live environment, that can be played more easily without a full band, and may enable me to ‘let go’ a bit more. We’ll see.

It feels that even not changin what is the concept of Wolcensmen, you go a little bit further with the dynamics. A track like “Of Thralls And Throes” is the perfect example, where you have a more darkwave/ambient feel. Although Wolcensmen is a folk project, is it important to challenge your own bounderies?

Yes, it’s important for me to allow any and all good ideas room to grow. Wolcensmen was never intended to be specifically a ‘folk’ or ‘neo-folk’ project, but rather an ‘atmospheric’ project. As a guitarist, I just naturally wrote most of my ideas on guitar, and that’s why it sounds pretty folky. But it didn’t have to be that way. Really, the priority is atmosphere and emotion, and I will achieve that with whichever sounds and instruments I can. Because “Fire in the White Stone” is a concept album, different songs and moments in the story needed to have different emotions and atmospheres. I think the result of this is that there are new dynamics and styles on this album, by necessity.

This time it seems you have a more vast team of players around you, is that right that assumption?

I think there are one or two more guest musicians than on the first album. Jake Rogers returns on flute, and Grimrik with some synth on “Of Thralls and Throes”. Beyond that there are Jo Quail on cello, Aslak Tolonen on kantele, Darkest on synth, Mark Deeks on piano, Chris Naughton in the choir, and Julie Russell with the female vocals. It was particularly important to find lots of different textures of sound for this album, to really make the story feel rich and epic.

The last time we spoke, you told me that theren’t any plans for Wolcensmen’s live activity, that it would happen if all the conditions come together. This album seems more complex and further difficult to bring to the stage. Do you think it will be more difficult now to bring Wolcensmen to the stages?

I think it will be more difficult, yes. But then again, I thought the first album would be difficult too, yet we did some shows. My thoughts on this haven’t really changed since we last spoke; I will wait and see if the right conditions come together. Right now I’m focussing on the album release itself, and I hope fans do too. If people demand to see the songs performed live, then it could happen.

Musically, besides the known british and scandinavian folk, one name also cames to mind, Dead Can Dance. Does that makes sense to you?

Of course! Why else would I have hunted down the man who co-produced their early classic albums, to produce “Fire in the White Stone”?! Dead Can Dance are a big inspiration, and part of the reason is the ethereal sound of albums such as “Within the Realm of a Dying Sun”. So it really was a dream come true to work with John Rivers, and I’m extremely happy with how the album sounds because of his expertise.