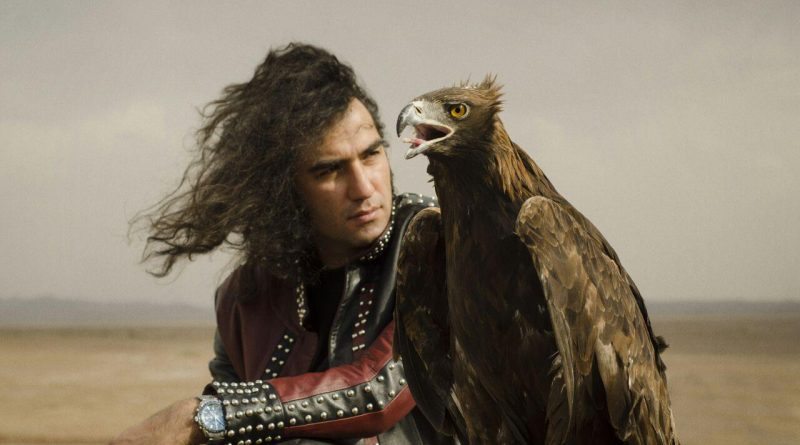 Reza Yazdani is Iran’s greatest rock star, as well as actor, composer, songwriter, arranger, musician who likes animals. His followers named him Sultan, and he has been the number one rock star in Iran for 20 years. One of Reza Yazdani’s features that distinguishes him is his unique voice and his excellent performances. He has published 10 albums so far, and has received many valid rewards for the best album and rock piece in Iran. Reza Yazdani was born in 1973 and often his songs have a social theme. World of Metal approached him and even received exclusive information and have the honor do premiere his newes video recorded in Portugal below. – interview by Sahar Ajdamsani

How do you evaluate Iranian rock music compared to rock music in the world?

The Iranian rock music is new compared to the rock music of the world, and it has a lot to do and also Iran’s rock music is far from the world’s rock music. People like me or Kaveh Yaghmaei started to do that years ago. I started this kind of music with “Shahre Del” and “ Parande bi parande” in the year 1999 and Kaveh started rock music with “Matarsak” simultaneously. I remember exactly when I recorded Shahre Del album in studio Saba in the year 1999 and dear Kaveh was recording the Matarsak album. We started in those years, but if many groups want to exist and work, they could. In recent years, small groups have worked. They also hold small concerts, and are very good groups and have a great potential for good things in this genre of music, but I think they are far from the distance from the world because they started this way a long time ago and went and tried and and lived with it, but there are also good things happening here.

Reza Yazdani is the first Iranian rock singer to enter the Cinema & television as an actor and singer, as well as title sequence of cinema and television films. It’s interesting to know from what age did you start learning music and how did you get to the professional scene of music?

I started the genre of music at the age of 18 and professionally began compiling “Teatre Dadgahe Janjal Bar Angiz” in the year 1918 and published my first album in the year 1999 and continued. Last year I also released my 10th album named “Darham”. It has been 20 years since I started working in rock music, and this year we have concert tours with Reza Yazdani for twenty years. We started from Tehran and we are going to various cities of Iran. I have read the most title sequences of cinema with more disparity than other colleagues. I’ve sang twenty or some years give title sequences of cinema and about nine TV title sequences. The first television title sequence I sang was the TV series “Marge Tadriji” directed by Mr. Fereydoun Jirani, and in title sequence of cinema, I began and continued with “Hokm” by Massoud Kimayi’. I sang 5 title sequences of cinema for Mr. Kimiae and I have also been present in front of the camera twice as an actor. I also played the main role of a television series. Thank God I’ve worked with great directors over these years and since I was interested in cinema, it made be become an actor, and I played several main roles and played in at least one movie almost every year. But my main profession is not acting, and music is my life and love and everything, and I love cinema in addition to acting.

You are one of the most successful rock singers in Iran, what is the reason for your success?

The success I gained in this genre of music in Iran is that I have tried to use minor scales and make this music Iranian, and to approximate it to the taste of the Iranian audience, and of course I also have worked in pop-rock music, as well as soft Rock, Rock, Hard Rock styles, and each of these involves a gender of the audience and makes the broader range of audiences be involved with you. Another reason why this happened and brought success has been there existing nostalgia in my reading; this nostalgia has no history of consumption, such as Shomal song, Laleh Zar, Kooche Melli, Carton, Navar & …. I have a lot of nostalgia and people play with that memory. For example, in the year 2006, when Shomal song was released in the His album, 12 years has passed since then, however many people still send messages on the way to North saying “we are going to north and listen to Shomal song”[1]. This shows that this work does not expire and has gained popularity, and this is a code for success.

When will your new album be released? How is the atmosphere of this album?

We’re trying to release this album with the help of dear Ali Oji, the producer of this album, in 2019, and it has a very different atmosphere in comparison to my other albums, in addition a number of the works are close to those in the trio album of Saatha and Khaterate Mobham. I think it’s an album that people would love very much. We worked very hard on it. We have been working on it for nearly 2 years. There are a number of new things happening, and a number of new people have been added to the album with respect to composing and adjusting. Of course, most of the compositions are as usual up to me, but a few others were added to the adjusting who were not in the previous albums, two or three composed in two or three tracks, the guys were very talented. The album is very nice and I love it so much, we worked very hard on it and I think it’s going to be nice. Its videos are being made, two of which have been made by dear Ali Oji and when the album is released, we also release videos at the same time.

I had concerts in Canada last year in Vancouver, Montreal, Toronto and the concerts were held in Sydney and Melbourne in Australia and Gothenburg and Stockholm in Sweden during the past two or three years, but in 2019, concert tours is going to be held in in Germany in the cities Cologne, Dusseldorf , Hamburg, and in Austria, Vienna and in Netherlands in Amsterdam. I would like to have a concert in Canada again, because it was both very good and very welcoming, and despite the fact that it was a big salon, tickets were quickly sold out. I thank my fans for this great welcome in Canada, and God willing we will go back to Canada, and also I hope we’ll have a successful European concert tour this year.

How do you see the future of rock music in Iran? Does the Iranian rock music have the potential of globalization?

As I answered before, it’s progressing and good things will happen, and it has the potential of globalization, but I cannot predict when and at what level this will happen. It’s a bit hard to predict.

Do you have a new idea to continue your music tracks, or could you change your route?

Yes, I’ve always had new ideas and I always do. I always work with thought and contemplation, and much obsession, and I collect albums and work hours every day on what I do, whether in the field of music, whether in cinema, theater or on television. We are always full of ideas, the supervisor of a group that is with me is Ali Oji, and each of the other guys who work with us, use idealization, and we share, consult and talk about them. Regarding the video clips, as well as video arts that are broadcast on concerts on LEDs, all our songs have video art, all of which are full of meanings, they take a lot of efforts and are thought, and in concerts they will be played. There are always new ideas and I try to use them in my work, and I’m one of the singers who try to not repeat myself in albums and things, and always provide my audience with something new, and maybe my lasting key for all these twenty years I’ve worked on and I’m still at the first level of music in this country, is efforts and working hard. Now, as the first one, you will hear this news and publish it, because we do not yet want to make it out to the media, that I along with a band of the best musicians and composers in Iran called the 52 Hz Whale Band, are doing a new thing in Iranian rock music with the good songs we have collected and a different new style in rock music in Iran that we present.