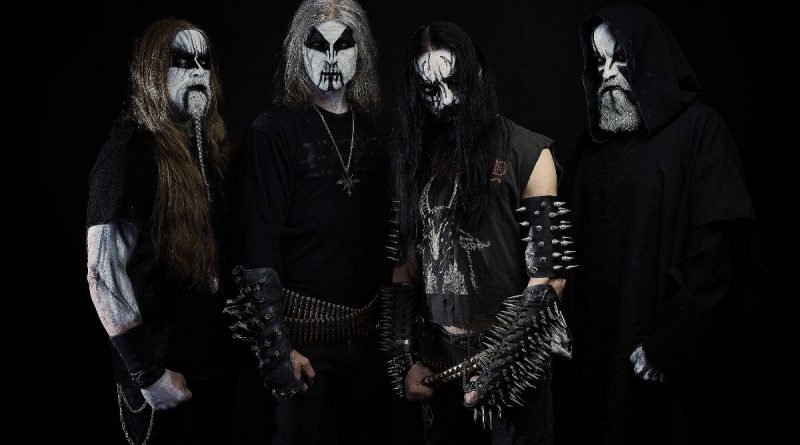 Norwegian black metal masters 1349 have announced the release date of their new album. The record, titled ‘The Infernal Pathway’ was recorded in Amper Tone studios and Studio Nyhagen with engineer Jarrett Pritchard earlier this year. ‘The Infernal Pathway’ will see a worldwide release via Season of Mist on October 18, 2019. The band are furthermore premiering a brand new song, called “Enter Cold Void Dreaming”, which is streaming below:

Norwegian black metal titans 1349 have returned with their long awaited seventh full-length: ‘The Infernal Pathway’. The album promises a journey through chaos and madness, darkness and peril, terror and annihilation.

Enjoy the lyric video for “Beast Within” – MYSTERY BLUE’s first single from the upcoming album “8RED” below:

The 8th studio album of the French true heavy metal outfit was mixed and mastered by Vince Koehler at V.I.P. Studios. He is also responsible for the cover artwork available below along with the track list. “8RED” will be released on September 20th via Massacre Records, and is available for pre-oder here » https://lnk.to/8red

Finland’s fuzz rock doom fusion, music veterans Lowburn, have announced to return with a brand new album during 2019 with powerhouse label Argonauta Records. Formed in 2012 by Tomi Mykkänen and Henkka Vahvane after Battlelore went on hiatus, Lowburn are currently putting the final touches on their upcoming, hotly anticipated full length. The band released a critically debut EP back in 2013, followed by a split-7″ with fellow band Church of Void, finally the doom and stoner rock scene will see their long-awaited comeback!

Now the band is already sharing with us a first glimpse, and released a lyric video for the song Cloud Valley. Dive into some new Lowburn tunes right below:

“Cloud Valley was the first song done for the new album.“ Guitarist and vocalist Tomi explains. “It’s a part of the “punk”-series of our songs with Running On Fumes (first LOWBURN song ever) and The Last One meaning that the working title had punk in it. Using Cloud Valley as the first single will give the fans a feeling of familarity but it still it showcases the overall sounds for the album. It has the rocking, the psychedelia and heavier parts. Overall it’s a good first single and an invitation to listen to the diverse musical journey PHANTASMA is.”
While Lowburn are currently hard at work to finish their upcoming album, the band has announced to get on the road in support of Phantasma,too. Stay tuned for further news, a touring schedule and more new sounds to be revealed in the days ahead!