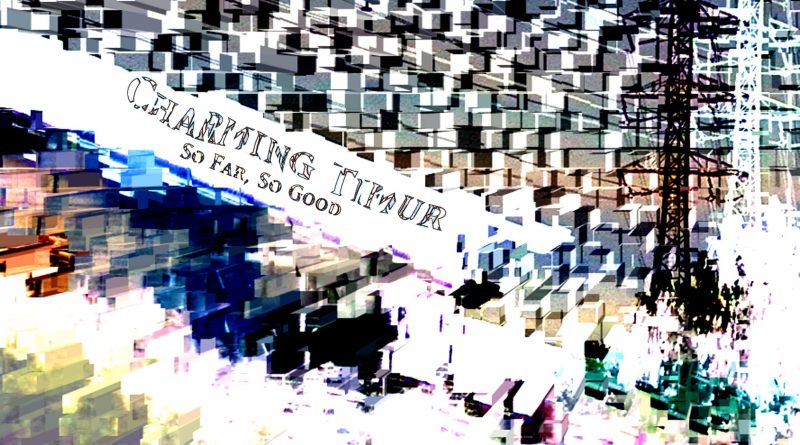 Bringing together the most massive and monstrous songs from throughout the entire Charming Timur catalog once & for all-time – the brand-new record, “So Far So Good”, compiles the
most explosive & memorable moments from the project’s sinister legacy. Eighteen punishing post metal/Experimental cuts have been painstakingly placed into a diverse, dynamic & hard-hitting
lineup designed to maximize your experience by taking you on a scathing audio-journey through the history of Charming Timur from day 1.

Now as a little appetizer, below you can hear “Gone Blaze”, released originally in 2016 on the “So Much So Little So Little So Much”

The gripping rawness of the debut album “A Brief Moment Of Existence” screams out hard alongside the blend of madness & mayhem from “For The Duration Of Psychiatric Treatment”. The punishing metal melodies & extreme sounds of “So Much So Little, So Little So Much” scorch the record with additional killer material from the album “Call It A Classic” & the most recent Charming Timur record, “Focused Rage”. “So Far So Good” chronicles the distance in Charming Timur’s range, songwriting & sound, revealing the astounding progression in the evolution of this project at the same time as housing eighteen of its most wickedly entertaining cuts & furious milestones. Each track represents a different dimension of the sound, style & history of the band – and every song has the signature mix of pure fury & brutalizing power strong enough to melt your speakers that you know, love & fully-expect from Charming Timur.

Every story leads somewhere. “So Far So Good” represents the culmination of a life spent toiling as an underground career-musician…a cautionary-tale of the grim realities, hardships and psychological breakdowns & breakthroughs that have been endured, all in the pursuit of art, however twisted. With this comprehensive montage of metal creating a conclusive ending to this chapter of Charming Timur’s story, the next part to come is sure to draw upon the inspiration these songs will continually provide. The music will continue to evolve and grow from here, thrashing, kicking and screaming as it does. For now, this is the most badass summation of what’s been achieved throughout the years – all on one record. And for what it’s worth, it hasn’t been ALL bad…in fact, some might even say, “So Far So Good”.