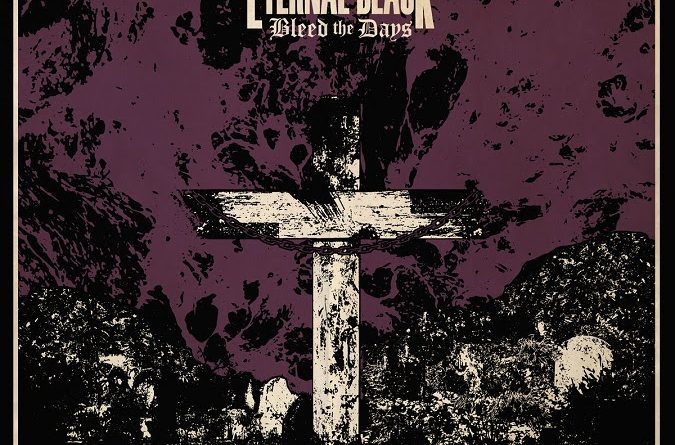 Eternal Black have announced their debut full-length ‘Bleed The Days‘ is now available on vinyl pressing through the band’s own Obsidian Sky Records.  The Brooklyn, NY doom metal trio battered the heavy music world in a bleak sea of crushing waves with their August 2017 album.  Originally released on digital, CD and cassette, ‘Bleed The Days‘ is now available (as of February 4th) in two limited-edition vinyl variants, with a ‘Die Hard’ colored vinyl bundle option and ‘Standard’ edition.

In August 2017, Brooklyn-based doom metal band ETERNAL BLACK unleashed their debut full-length album, ‘Bleed the Days’, on CD, Cassette (sold out), and Digital formats via their own Obsidian Sky Records label. Today the trio formally announce the February 4th release of ‘Bleed the Days’ available in two limited edition vinyl presses. ‘Bleed the Days’ is the band’s third release, following their 2015 self-titled EP, as well as a live recording from 2017, ‘Live at WFMU’.

According to the band, “Sonically, we were aiming for somewhere between Black Sabbath’s ‘Master of Reality’ and The Obsessed’s ‘Lunar Womb’.  We wanted the album to be an obvious step forward in the progression of our sound; darker and heavier than anything you’ve heard from us before, with the grit of old school Doom.”