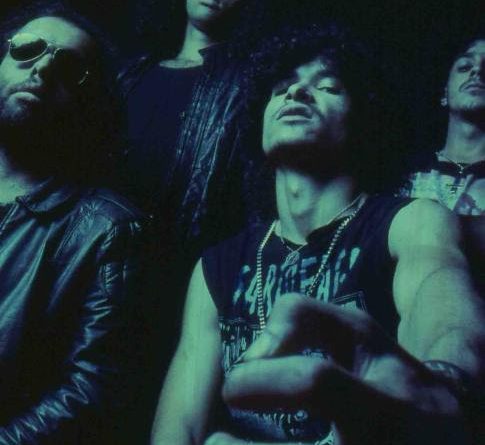 Greyhaze Records is proud to announce the reissue of The Unholy One, the debut album by EXPULSER on April 13. Originally released in 1992 by Cogumelo Records, this once rare album is again available on CD, LP and cassette. The Unholy One‘s audio has been completely restored and remastered from the original master reels. Visually, the album features restored and expanded artwork including liner notes by founding member Alessandro Lima. The LP version will feature 180-gram vinyl as well as a double insert and poster. The CD version will feature three bonus tracks from the Fornications EP.
A relic from the high time of Brazilian Heavy Metal, EXPULSER‘s The Unholy Oneis one of the last masterworks of the first wave of classic bands from the State of Minas Gerais. Feeding upon the sound of Sarcófago and Sextrash, EXPULSERgenerated its own breed of noise, eventually finding itself a spot amongst the great names of South American Death and Black. For those into SEX, DRINKS, AND METAL!
Pre-order The Unholy One at https://goo.gl/kfipoV