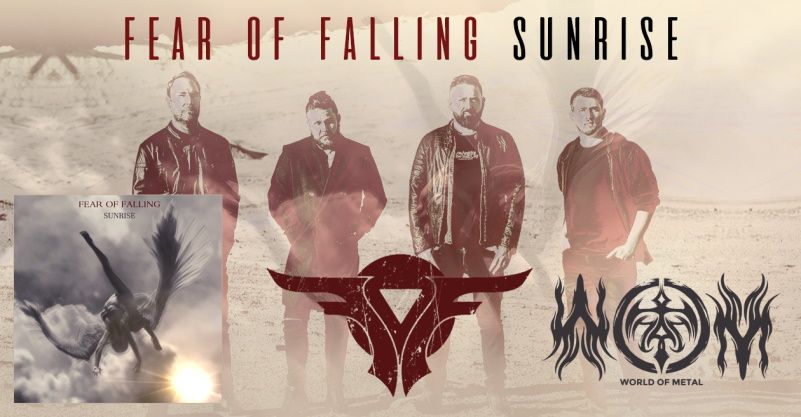 Possibly the biggest Hard Rock / Alternative Band in South Africa right now FEAR OF FALLING is gearing up to take things to a blistering next level! The seasoned collected talents of guitarist Lloyd Timke, vocalist Jack Atlantic, bassist Brendon McCaig (You, Me and The Harmony) and drummer Dale Schnettler (Prime Circle) have been hard at work preparing their album called “TURNING POINT” that will be released on Friday 3 December. The guys are extremely excited and proud of this album, and the first single called “SUNRISE” is set for release on Friday 29 October but we’re going to present it now in a World Of Metal exclusive. Check it out below!

“TURNING POINT” follows hot on the heels of their debut EP “BREAKING POINT “(released May 2021) that received critical acclaim with the singles “FEAR OF FALLING” and “WON’T LET GO” featuring on stations like Kerrang Radio and spending several weeks on global charts like the Independent UK Music Charts, Banks Radio Australia, Total Rock Radio and the MIX FM SA Top 40.

“TURNING POINT” is a commanding collective of Rock and Alternative tracks that look set to catapult this talented quartet to the biggest Rock Band in South Africa and beyond … look out Seether!