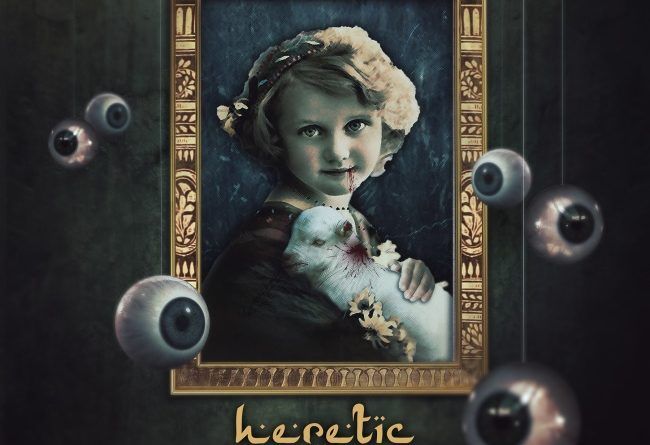 From Brazil comes Heretic. With a thunder! The band is keeping busy and their latest album “Feast” is already their ninth album. “Feast” is unleashed tomorrow, the 31st of August, in digipak, streaming and digital download formats via Soman Records and Treehouse Records. World Of Metal brings you today and in exclusive the full album stream that you can enjoy below:

HERETIC is a band that reflects today’s multicultural dimension of metal music. The line-up is composed of the Brazilians Erich Martins (vocals), Guilherme Aguiar (guitarist) and Laysson Mesquita (fretless bass), enriched by the presence of musicians from France and Belgium. The great attention to melodies, together with the inclusion of African percussions and doom/stoner elements, make Feast the album of maturity for this project born in 2010.

The band stated about the album:

“Feast is a mature album. We had more special guests on this one, so it’s a very multicultural material. It has more of a sentimental feeling because of the moment the world is passing through and it influenced a lot on the compositions. We recorded 17 songs for this, and it was a really difficult task to choose 10 songs to enter the album.  To be honest, the left overs are also another great album for the future! We aim to reach more people to check Heretic with this album, cause it’s a solid, exotic, heavy, multicultural release with feeling.”

Feast has been recorded in Lisbon (Portugal) and Goiânia (Brazil) in 2021. Mixed and mastered by Guilherme Aguiar. Artwork by Romulo Dias.

The album is available in digipak, streaming and digital download formats via Soman Records and Treehouse Records . Gran your copy on the Bandcamp profile of Soman Records: https://somanrecords.bandcamp.com/