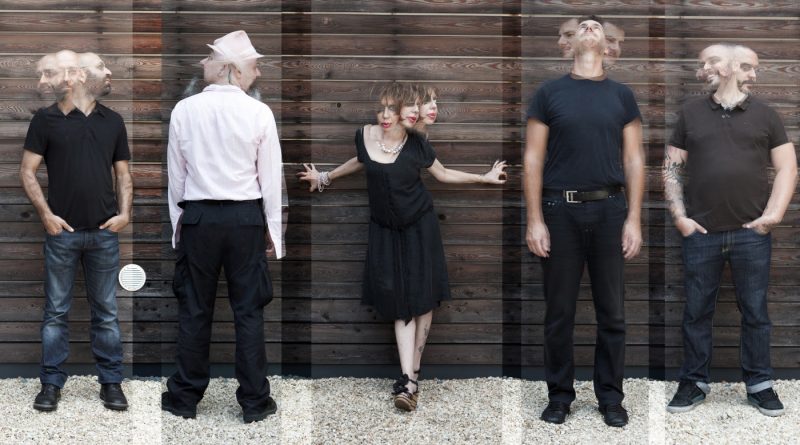 Annie joined LARSEN in 2008 after seeing the band performing at an Austrian festival. She appeared on the following albums “La Fever Lit” and “Cool Cruel Mouth” (2008/ 2011) and the relative European tours. “Tiles” follows up LARSEN‘s latest album, the fully instrumental “Of Grog Vim” (2016), and features four pieces on the edge between “song” and “orchestrated spoken words” marked by Annie‘s personal urban storytelling and vocals.

The first single, aptly titled “First Song”, is now streaming on Bandcamp. Check it out below:

Little Annie comments:
“I live  in 3 times zones – and write in two – the then and the now. My work with my Italian brothers, LARSEN, whom I love dearly  by the way, is much the latter.  Life is lived in the lateral, despite the illusion of it being a path from point a to b in fact it is NOW – a thousand perceptions – that if we really consumed, really saw, well we’d all cut of an ear – death by sheer force of everything bring alive – so we  see tiny consumable bits, lest our hearts burst – The then only exists in the rear view mirror – there are times to do so, but not while driving. These pieces are notes, sketches from the highway”.

LARSEN, active since 1995, has so far released 16 full length albums and 3 EPs (“Tiles” being the 4th) on record labels such as Important and Young God Records, has performed extensively in Europe, US and Canada and collaborated with musicians such as Michael Gira, Johann Johannsson, Z’EV, Nurse With Wound, Lustmord, Julia Kent, Baby Dee, Martin Bisi, Xiu Xiu… The band is currently at work on a new album.

“Larsen – it’s easy – we are family, but we just didn’t know it. Be a sleazy hotel near the airport or an alpine motorway cafe just over the Swiss border, with them it’s always home” – Little Annie