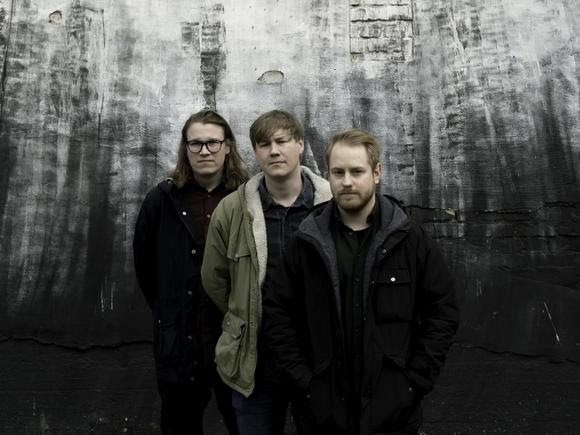 End of this month, July 26th, will see atmospheric post-rock unit Oh Hiroshima release their hotly anticipated, third studio album titled Oscillation with Napalm Records. After four long years since the band’s critically acclaimed In Silence We Earn, Oh Hiroshima return with their most epic record to date: Abstract guitar licks, dreamlike vocals as well as the hint of Electronica; Oscillation is a mesmerizing trip through diverse and dynamic soundscapes, like a beautiful fever dream that will hold you enthralled for a very long time.

Now the Swedish trio has released a third and final single to the haunting song In Solar, before the album will be coming out by the end of this month on powerhouse label Napalm Records. Listen to In Solar below:

To pre-order your album copy, visit the Napalm Records online store at THIS LOCATION!

BROCELIAN have released a lyric video for their second digital single “A Life For You”, taken from the upcoming album “Guardians Of Brocéliande” – check it out below:

The band’s new album “Guardians Of Brocéliande” will be released on July 19, 2019 via Massacre Records, and is available for pre-order here » https://lnk.to/guardiansofbroceliande

The dynamic americana-folk-rock trio, The End of America who are James Downes,Trevor Leonard, and Brendon Thomas, share their latest video “Monsters, with the Hype Machine listed blog MOTHER CHURCH PEW. The song is part of TEOA’s monthly song series set to continue throughout the remaining months of 2019.

“Monsters” follows TEOA’s recent single “Break Away”, which, according to the band’s Trevor Leonard, attempts to answer the question, “how do we push ourselves to explore new ground? How do we be productive, remain inspired and find the impetus to keep moving forward?”

“Monsters” lyrical theme acknowledges that every day we can no longer hide from the news and daily images that encompass our lives. The Philly natives ask, “Is the world slowly breaking?” And while the lyrics are conversational and somewhat opaque, the band’s message is clearly directed to anyone listening reminding others to be there for one another. We’re in this together. It is through such dialogue that each member offers a voice for children whose futures have been taken away by these figurative monsters. “While the answers to their questions could likely result in heartbreak, the tone of the track is one of optimism and strength”, proclaimed Mother Church Pew.

“Monsters” is a series of questions to a friend, each one an attempt to achieve a deeper understanding of the darker elements of reality, and figuring out how to emerge from it relatively unscathed with your love intact. Another highlighting point is that the video was produced by band member Brendon Thomas. “I found public domain footage from a 1970 experimental film called ‘Omega’ by Donald Fox.  It is loaded with psychedelic imagery and features three men who appear to be contemplating their place in the cosmos, a.k.a, our band,” he explains. “It appears Donald Fox intended it to be about death and rebirth of mankind, which is fitting when you consider the song’s chorus.”

“Monsters,” is due out on July 19th and streaming platforms, featuring the group’s signature melodies and dynamic three-part harmonies. In the meantime, we hope that this song will help keep your spirits high in our darkest hours and that others will continue to fight for the children who need our help the most.