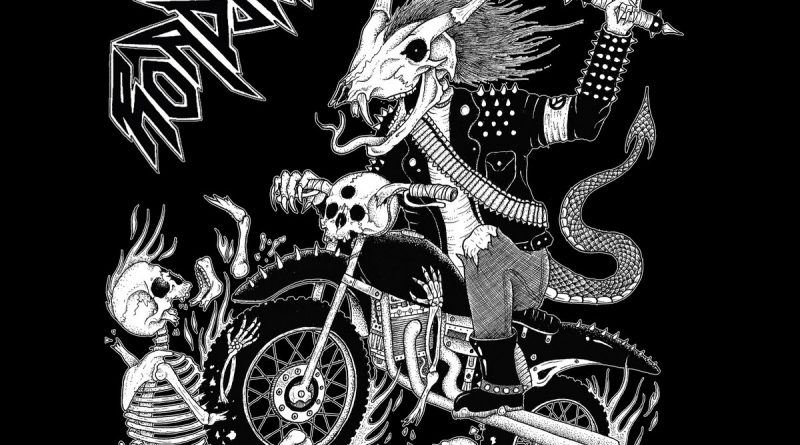 Thrash/Punk artist ROADKILLER are now streaming the entirety of their self-titled EP. The album is highly recommended for fans of Megadeth, Motörhead and Exhorder. You can listen to it below:

The Philly punk scene is a powerful thing. It has always been defined by house shows, heavy riffs and a dedication to the layer of crustiness that makes the city so wonderfully twisted. It should come as no surprise that this bastion of hard hitting punk rock would be a lodestone for some of the best punk rock talent in the world. Such was the case for the mysterious Australian born guitarist of California Motörhead tribute band Motorbabe, and now frontwoman of hard hitting punk thrash heavyweights, Roadkiller. When she flew out to visit a friend she couldn’t get enough of the punk scene and when she met a drummer who was down to jam, she realized destiny was calling.

After an initial burst of shows, Roadkiller quickly recorded their self titled debut EP, a record fated to make your ears bleed in all the right ways. This is female fronted guitar driven high energy riffage. Clearly inspired by the eighties but capable of tapping into so much more, these songs will make you want to tear shit up as you scream along to powerful choruses and nightmarish verses. Created with the goal of fusing punk, hard rock and crossover thrash whilst still remaining uniquely Roadkiller the band is on a mission to write quality heavy music and play out as much as possible.

With dreams of constant touring and a dedication to quality songwriting, Roadkiller are more than just another punk band. We are witnessing the birth of a well oiled machine, a group who represent the magic of all the underground has been and will be. Blending classic vibes with a modern tinge, Roadkiller are exactly the sort of band we need in 2018. Constantly punching above their weight class and sneering their way to the top of the notorious Philadelphia scene, any way you slice it, Roadkiller are out for blood.