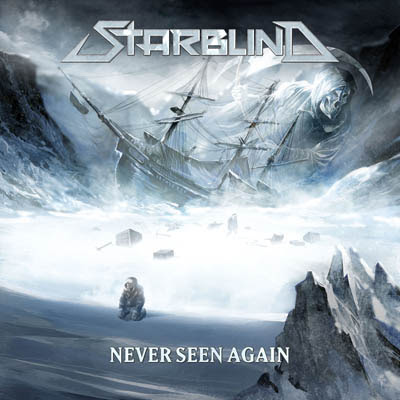 The second single of the swedish Heavy Metal Band STARBLIND – “Avarice (The Fourth Circle)” was released on Soundcloud and you can listen to it below. The release date of the STARBLIND album „Never Seen Again” on CD is November 24th, 2017.

With their third album “Never Seen Again” STARBLIND convince totally. The musical direction is close to IRON MAIDEN, but of course with their own unique style influences.

Since “Dying son” in 2015 some points changed. The most important one is the new vocalist Marcus Sannefjord Olkerud (Ex-Rocka Rollas) who is able to sing with power, epical and speedy.

The band makes the next step with this album and if you still have problems with the current material from IRON MAIDEN you should try STARBLIND!