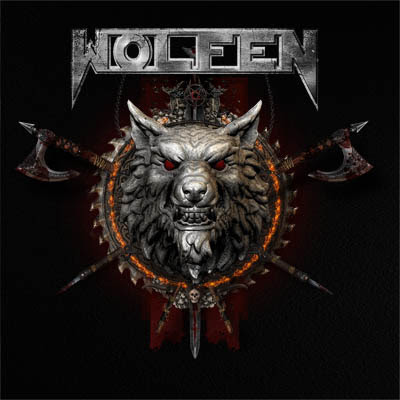 The first single of the German Power/Thrash Metal Band WOLFEN – “Genetic Sleepers” was released on Soundcloud and you can hear it below. The release date of the new WOLFEN album „Rise Of The Lycans” on CD is June 22nd, 2018. The pre-order phase will start on June 8th, 2018 in Pure Steel Record’s webshop.

Even in 2018 you can count on the german metal-institution WOLFEN! And they’ve got great news!

This is the sixth album in the band’s career and contains all typical WOLFEN trademarks and much more. It is way more powerful than it’s predecessors, making it an actual Melodic Powermetal album with Thrash influences. Furthermore, an utopian concept story stretching over four songs was composed. All songs are full of the characteristic vocals, a very powerful rhythm section and some extraordinary guitar-work, which has always played a huge role in the band’s sound. After the quintet gained new uplift through their „comeback album“„Chapter IV“ and its successor „Evilution“, also thanks to the terrific feedback from the online press, continuation seemed to be the only right and logical step! The outcome can be seen as the peak of the band’s current creative period and encapsulates all of their facets.
Everything’s rounded up with a killer production by Martin Buchwalter from the Gernhart Studios! Even if it may sound worn out: The band sounds as good as never before!!!

Now each of them is full of energy again and hungers to get back on stage in summer 2018, giving everything they’ve got!

With this in mind…
THE WOLFEN IS ALWAYS GONNA GET YA!