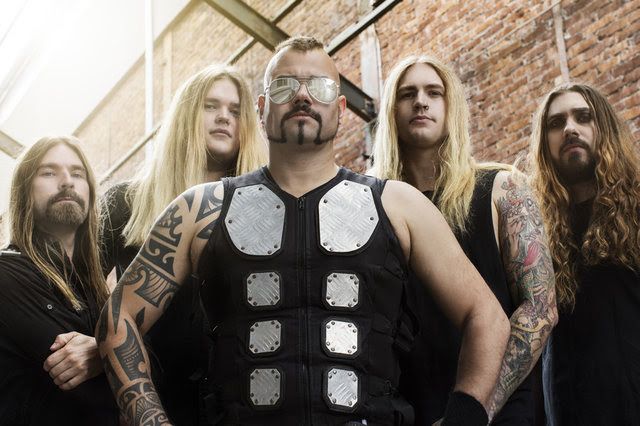 Metal gods collide on June 12th as indigo at The O2 plays host to the 15th annual Metal Hammer Golden God Awards, in association with Orange Amplification. The event attracts greats from the rock and metal industry and fans from across the world. So, it’s natural that Wargaming and World of Tanks are involved, which marks the beginning of a long-term collaboration between the game and the heavy metal band SABATON.
For Wargaming and its millions of players, the combination of history and epic music is a huge part of their gaming scene. Not only is SABATON a big influence for fans of the game, but the band themselves love playing World of Tanks when they have some time between the shows. It just goes to show that this kind of united inspiration brings a massively diverse bunch of people together to share their passion…and blow stuff up.
This year won’t be SABATON’s first tour of the Metal Hammer Golden God Awards. In 2011, the band won the Breakthrough Band Award and was nominated in 2012, which was sponsored by Wargaming. Having performed in 2012, it only seems right that on the 15th anniversary of the event SABATON returns.
“It’s fantastic to see that SABATON’s members are an active part of World of Tanks,” said Maxim Chuvalov, World of Tanks marketing manager. “We know our players’ interests don’t just stop at gaming — their talents go far beyond. With this collaboration, we wanted to celebrate the musical talent from our World of Tanks community because it’s an extremely important part of the in-game experience. This was our chance to share the music in and around our games with the global gaming communities and help inspire them even more.”
“History is a great source of inspiration to us,” said Joakim Brodén, lead singer of SABATON. “We like to tell stories that influenced the lives of a lot of people. We’ve all been playing World of Tanks, and seeing the company step outside of just gaming in lots of cool ways is an awesome thing to be a part of.”
Fans of Wargaming and SABATON can expect some cool surprises on the way, so you’d better stay tuned for more information. And, of course, rock on!
Support World Of Metal
Become a Patron!
World Of Metal Magazine – Agora Grátis/Now Free!
Buy CDs in our store