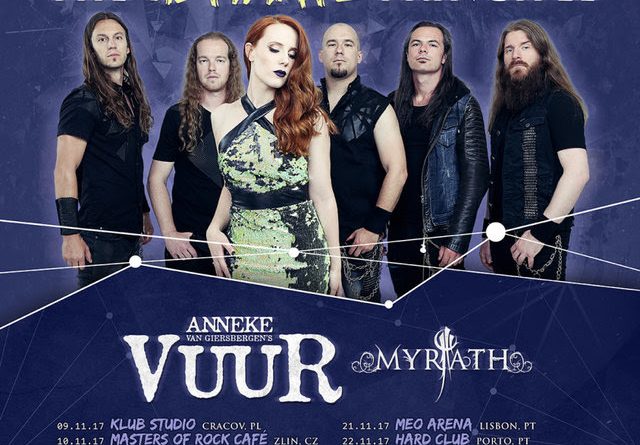 Dutch symphonic metal giants EPICA are proud to announce the launch of their brand new live video for ‘Consign To Oblivion’. The video was captured during EPICA‘s sold out show at the Zénith in Paris last February where the band closed their most successful European tour to date together with an excited legion of 5,000 fans! This live video perfectly mirrors the band’s craving for non-stop innovation and for continuously improving their live performance. ‘Consign To Oblivion – Live at the Zénith’ will show you how the EPICA live experience has reached new dimensions once again!

Lead guitarist Isaac Delahaye comments on the video:
“Hey legion! Here’s a live video we still had on the shelf. Glad we can take you into the world of ‘Consign To Oblivion’, the song that usually marks the end of an EPICA show. It’s bombastic and builds towards an epic climax, and it’s always fun to play. Enjoy watching, and see you soon during our European tour with VUUR and MYRATH!”

The video was captured and edited by Panda Productions. Check out this stunning video, here:

ALLTHENIKO has released a video for the song “Propaganda”. That song is on the new album “Italian History VI”, which was released September 15th, 2017 via PURE STEEL RECORDS.

The italian band ALLTHENIKO is active since 15 years and a guarantee for true Heavy Metal! On their 6th album the three guys know exactly that only speed and power count! True Steel has to be formed when it’s hot!

Of course you will find teutonic influences from the true decade of Thrash, but a very clever stylistic input is the use of two songs sung in Italian! Awesome! The other songs are again for all fans of RAGE and PRIMAL SCREAM! Scream for Metal! Two, three, four, die!

The Album by LIGHTNING STRIKES “Lightning Strikes” (Original release date on CD: 18th November 2016) was officially released on vinyl. The limited vinyl edition consists 200 black pieces with 2 Bonustracks and insert. The album is also available as CD and digital download.

Also an official video for the song “You Can’t Cross The Rainbow” was released.