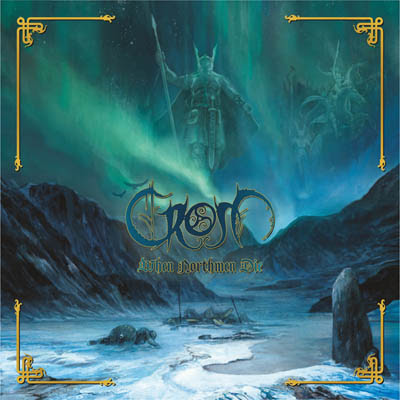 The first single of the German Epic/Viking Metal Band CROM – “Shields Of Gold” was released on Soundcloud. The release date of the CROM album „When Northmend Die” on CD is December 1st, 2017. The Album will be available in 2 Versions. As limited Edition of 500 copies, with 1 Bonustrack and slipcase. And as normal Edition.

With “When Northmen Die” Walter „Crom“ Grosse release the third album of his former side project of Dark Fortress.

Already since the debut „Vengeance“ from 2008 the albums have been released through Pure Steel/Legend and this tradition will continue with the new Album. Viking/Power Metal full in the tradition of good old Bathory in their legendary „Hammerheart“-/“Twilight Of The Gods“ era. Calm, silent melodies go hand in hand with majestic guitar riffs, sweeping harmonies, clean, powerful vocals as well as an enthralling epicness.

With “When Northmen Die” Walter Grosse is able to continue the heritage of 2004 deceased Quorthon so honourable, that the gates of Valhalla would open theirselves immediately. The limited first press will include one bonus track, the vinyl press (later released) two different ones.