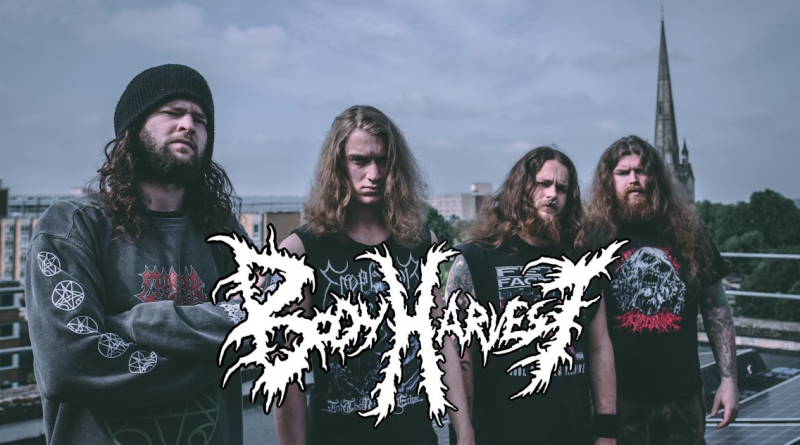 Body Harvest released one of the greatest death metal albums of 2019, “Parasitic Slavery”, and the impact was so great here on World of Metal that we had to reach out to Jake Ettle-Iles, guitarrist and vocalist for the mighty british outfit. Below is what you got! 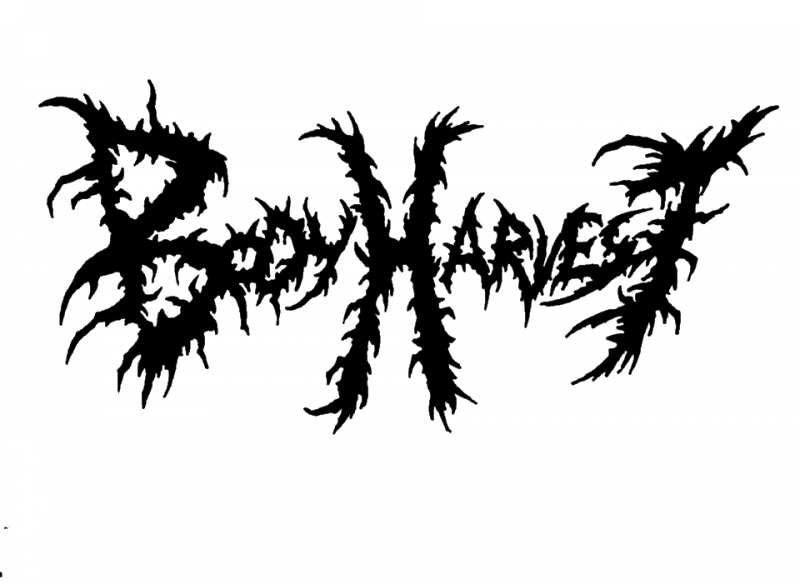 Hello and welcome to our World Of Metal. “Parasitic Slavery” it’s a great and powerfull death metal juggernaut. How do you feel about it?

We are very happy with how Parasitic Slavery has turned out. We wanted to raise the bar a lot from our previous album “Futile Creation” so we spent a lot of time during the writing and recording process making sure everything was just how we wanted it and the end result is definitely that.

Your debut album was released five years ago… the fact you all have parallel bands and projects was one of the reasons for this time lapse between the two records?

It actually wasn’t down to that reason really. There was two other reasons why there was such a gap between albums. Firstly we wanted to make sure every song was as good as it could possibly be so our writing process was quality over speed of writing. There were a lot of ideas that would have made the cut for Futile Creation but we knew Parasitic Slavery was going to be a totally different animal so none of the songs were marked as complete until we were 100% happy with every aspect of it. Secondly we went through a lot of memeber changes over the past five years. In that time we went through 2 Bassists and 5 Drummers! Our Bassit Dan Shaw Odell and Drummer Will Pearson are definitely here to stay now and their input into the band has made Body Harvest how it always shouldv’e been.

Did you had a clear mind of what “Parasitic Slavery” should sound like? Was Jonny Petterson an obvious choice to produce it?

Absolutely! We wanted the songs to be packed with our signature speed and intensity but also with catchy moments that get stuck in your head. We wanted the album to sound modern and polished but also have an old school vibe and a lot of grit and heavyness in the production. We went through a few options about who to go with to produce the album but in the end we went with Jonny after our Guitarist Gareth had worked with Jonny to record their project Ashcloud. Jonny has been a good friend of ours for years and the finished result is exactly what we wanted.

The album was released by Comatose Music, one of the leading underground death metal labels. How did you got to them?

Well we had the album completely finished and it was time to begin looking for a label. Our PR company “Imperative PR” pushed the album out to many labels and Steve from Comatose wanted to set up a deal with us within a matter of days of searching. Aparently he had made his mind up after hearing only the first 3 tracks! Comatose have been very good to us so far and we are honored to be on their roster.

What kind of feedback you’ve been getting about “Parasitic Slavery” so far?

The feedback for Parasitic Slavery has been great so far. People have really been getting into the agresssion and relentlessness of the album as well as the technical playing and insane blast beats. We have also had a lot of people who have really understood and liked the conceptual ideas of what we are singing about which is really cool. Some comments we’ve had about the album include:- “delightfully malevolent and damn dirty death metal”, “38 minutes of pure death metal that will delight lovers of the genre”, “the immensely high tempo is impressive and especially the throaty, nasty and malicious vocals are sometimes really cool, which reminds me a bit of Morbid Angel.”, “The album is more than capable of blowing my brains out”.

Now it must be time to face the stages… are the stages where you feel on your own environment?

We have had a lot of decent shows lately where it has been great to spread Parasitic Slavery to the masses! We also have a few coming up soon as well as a UK tour in October with Carnation and Sisters of Suffocation. Playing live is definitely our own environment! Once we get on that stage we become different people. Suddenly we change into a fury of aggresion and brutality with crushing and furious music designed to overload all your senses. A recent review of one of our live shows had this to say “And man, what a brutal show! Intensive, fast and furious with a wall of guitar riffs”

What do you have planned regarding touring out of the U.K.? Where do you expect to go?

We currently do not have any touring plans outside of the UK however we are looking to reach Europe very sooon. We’re just looking for the right offer at the moment.

The U.K. has bringing some classic death metal during the years but your influences seem to be more from the other side of the Atlantic. If you would have to name a a british influence to your sound what that would be?

That’s a tough one! But I think we would have to say Carcass. They are one of those old school Death Metal bands who have always brought out some phenomenal music. We have often jokingly refered to them as “Thin Lizzy Death Metal” haha as although they are clearly a death metal band they also have some great Lizzy style guitar harmonies. I recently saw them at Download Festival and they are still killing it!