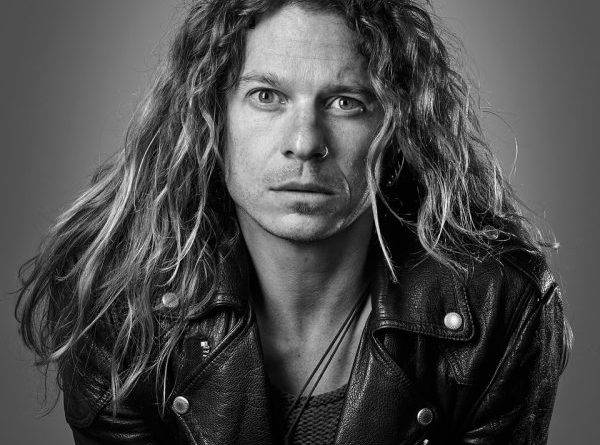 Dellacoma is the name of an australian hard rock band that brings back that old school sound of the good old rock’n’roll. It’s also the name of its lead singer & songwriter, Dellacóma Rio that received World Of Metal for in this interview. By Sahar Ajdamsani

How did you get into music?

I grew up in an acapella church (only singing, no instruments) and both my parents love to sing so from a very young age music was always something that has been a part of my life. I joined my first band when I was 15 and from then on I have consistently either been in bands or performing acoustic.

What is the state of rock music in Australia?

Difficult question to answer, there are a lot of high quality talent here in Australia but the support for rock music is rather fragile. We are quite a laid back culture so if something is good we appreciate it and get into it but from a promotion and booming standpoint rock music is a fair way down the food chain which is why most of Australia’s best rock acts go overseas.

How hard or easy Is it to hold a concert in Australia?

It’s not that difficult really. It all comes down to promotion.

I feel like they do, however rock music is not at the top of the food chain so options for seeing a good rock show in a good venue can be quite limited.

I’ve been very blessed to perform in 12 different countries. I’m a big fan of seeing new sights and having new experiences so I’m always excited about going somewhere new but Brazil, Mexico, Japan and the Middle East would probably be top of my ‘to play’ list.

Tell us about your new work.

My new material is much more expansive and in many ways more free. I’m really enjoying the process of creating this new record

What matters most to you in making your songs?

Authenticity. I have to feel like I’m being honest and it also has to be something that I feel like I’ll want to play for the rest of my life.

Thank you so much for your time, both to interview but also as a reader. Wherever you may be in the world, I hope to see you at a show soon!

For more information about artist : https://dellacoma.com/index.php