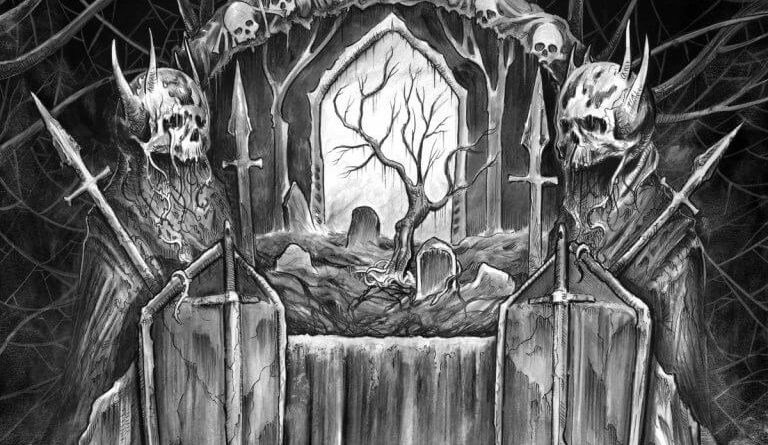 Psychotool are a death metal band that sometimes is characterized by their brutality and other times more on the melodic side.  Formed in 2016, these Germans hailing from Gottingen present their debut album, “Rotten Paradise,” after the release of the demo, “Toolista”. With “Rotten Paradise”, Psychotool demonstrate the reason why they were put on this world: to destroy and roar in the face of everyone with their extremely heavy and rhythmically addicting sound. One thing that is noticed right from the get-go, is the fact that all the harmonious and acute sounds are completely excised from every track of this album that chooses, instead, to support itself on low but always clean sounds.

I’ll explain, even though the presence of brutal death metal is obvious both in the vocals and on some segments of the guitar and drums, these last two are majorly situated in the moderate death metal plane, being moderate both in clarity of the notes and in the type of rhythms, which allows for the appreciation of both these instruments. The rhythmic part of this album deserves, in my opinion, most praise taking into account that is not every day that you hear such a good “headbanging” album. Both in drums and in guitar, this band creates sounds that motivate you to start breaking necks (literally and figuratively). Shortly, one can characterize this album as being a brute force that makes itself available to be appreciated by those that normally don’t appreciate such heavy genres of metal.