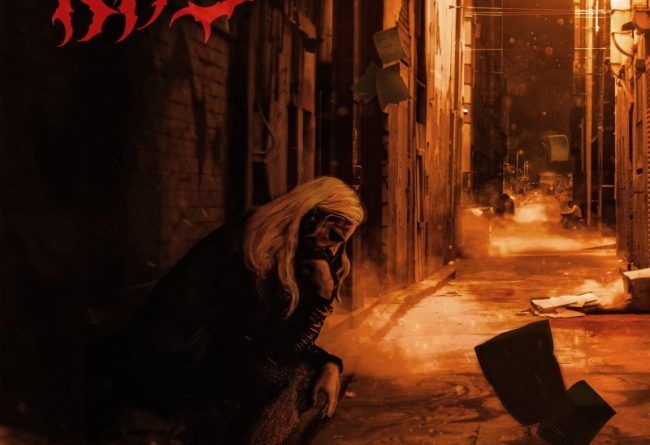 “The Problem of Evil” is the debut solo album from In the Woods… guitar player Kåre André Sletteberg through the moniker KAS. “The Problem Of Evil” will be released on December 3rd but World Of Metal brings in exclusive the full album stream that you can hear below:

Based in Kristiansand, Norway, the guitarist, songwriter, and producer has gathered some of his most treasured friends to record “The Problem of Evil”, a six song epic with involvement from members of Green
Carnation, Blot, and Arvas. The album takes you on a trip through love, anger, hate, mistrust and grief, and takes musical roots in a doomy, atmospheric black metal with elements of a hard rock past.

The idea of doing a full solo album was in the thought as long as back in 2015, but it was never the right time. There was not enough material that Kåre was happy with. But after joining Norwegian In the
Woods… in December 2015, playing concerts and getting known with the genre, years later it was finally time to start the work. KAS is the initials of his full name, so he went for it.

The songs started coming in early 2020, and another year went by before he got in contact with Hector Montero, a drummer and multi-musician based in Mexico City. He agreed to play drums on one song, and
about a month after Kåre got the first track, he had a surgery, and in his recovery period he went through the most inspirational and creative times of his life. Kåre and Hector ended up with 5 songs within 2-3
months. The work with getting people to help him doing songs was on, so he started thinking about who will fit what song. Everyone joined this project.

Recorded in the abyss of the pandemic, technology comes in handy, and “The Problem of Evil” was recorded in homes all around the world. Kåre upgraded his own studio to be able to handle a full album, and decided
to mix and master the album. The drums have a kind of 80s vibe to it, and the sound of drums in the 80s was the absolute best.

When it came down to making an artwork for this, Kåre asked his girlfriend for drawing a logo by hand, a typical black metal logo, and he got in touch with a friend to talk about the idea around the title. It ended in
a modern “The Thinker”, in an urban setting. As seen inside the physical album, “The Problem of Evil” is a philosophical question, and it does not say that God doesn’t exist or that he is a fraud… it’s a simple
question that basically has no answer. You can’t prove your answer, no matter what you say. Does God exist, or does he not exist? You simply can’t say yes or no.