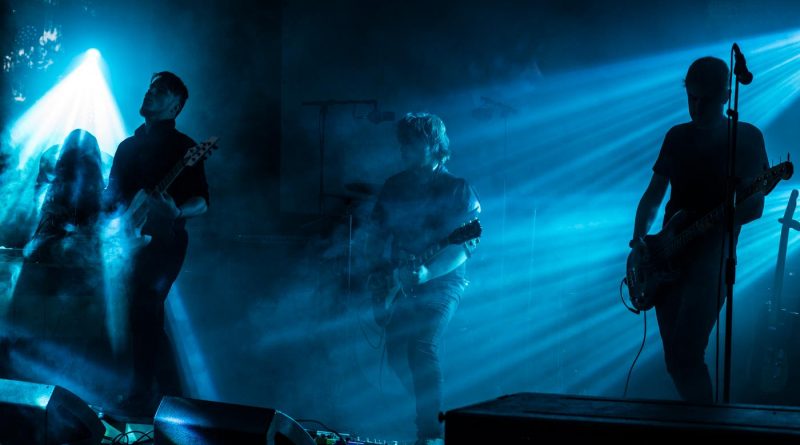 Two years ago the four from Vilnius, Lithuania surprised listeners with their remarkably mature and thorough album “Film Noir”. Today the post metal band Autism has created something novel: connoisseurs of music are coming back with a brand new conceptual album “Have You Found Peace?”, which premieres on the 4th of February. Below you can have the first glimpse of the new album through the track “No Word”

Up until now Autism was only interested in creating instrumental music, yet one event made the band to move forward and take a step into unfamiliar territory. Krzysztof Traczyk, the vocalist of the post metal band ROSK from neighboring Poland, has the honor of – even if as a guest and only periodically – being the first person behind the microphone to conduct the instrumental band. This story began at one of the Autism concerts when at the time the new song “No Word” was performed by improvising and merging playing with singing. After this memorable evening it was
clear that the next band’s record will include a vocal element. Moreover, the process of creating the new album brought even more interesting names: post industrial music warlock Povilas Vaitkevičius (Oorchach, Vilkduja), Lithuanian experimental music guru Laurynas Jukonis (Girnų Giesmės, Anubi), another member of ROSK Mateusz Szymanski and the Erdve musician Valdas Voveraitis. Thus it is apparent that Autism is stepping out of their stylistic comfort zone by intuitively seeking for an unplanned, captivating and ingenious result.

The publishing of the record, is undertaken by a new, but professionally disposed and ambitious publishing house St.Ripper Records.The album is materialized in forms of a CD, a vinyl LP and the deluxe vinyl box. The box reveals the unique and cinematic story of the album and was made by the members of Autism themselves; it is limited edition and the pre-order marathon starts here
http://autism.bandcamp.com and now.